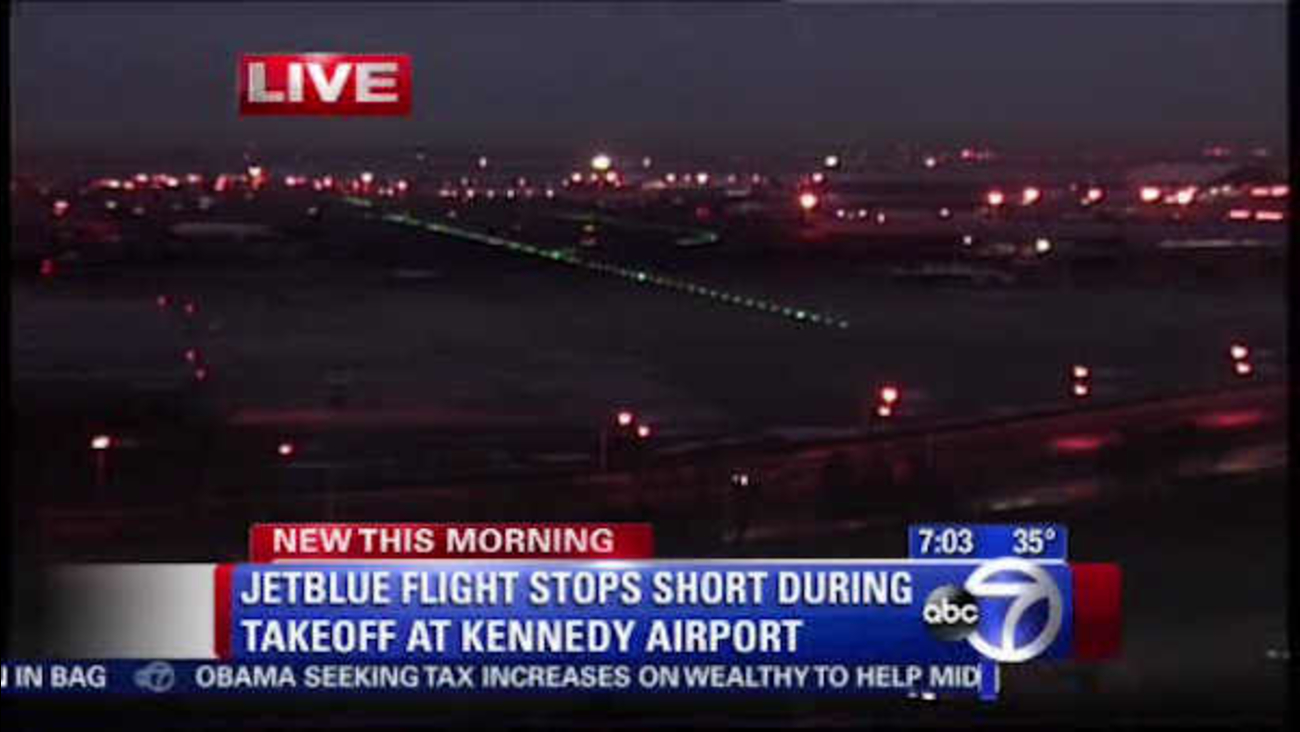 JetBlue Flight 1295 was forced to stop short on the runway around 9 p.m. Saturday just before taking off.

JetBlue says a Caribbean Airways flight crossed in front of the aircraft, forcing the plane's pilots to hit the brakes.

No one was injured. The flight was able to take off about three hours later and landed in Texas.

According to JetBlue spokesman Rick Clark, Flight 1295 had been cleared to take off when the flight experienced a "runway incursion."

The flight had been going at a high speed when it rejected take off, Clark told ABC News.

Flight 1295 had been cleared for takeoff from the tower, but as it was going down the runway, JetBlue pilots saw Caribbean Airways Flight 526 cross the runway they were using.

The pilots immediately de-accelerated their plane and alerted the tower of the incident.

JetBlue says that Caribbean Airlines was not authorized to cross the runway at the time.

JetBlue is not sure how close the two aircraft got to each other.