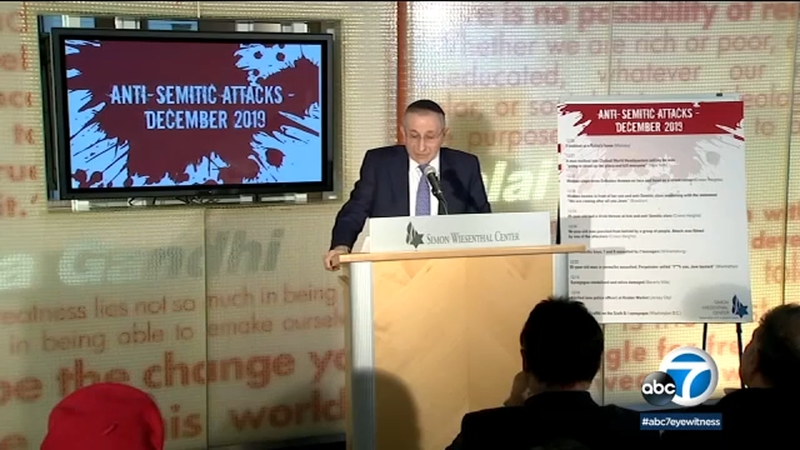 Rabbi Marvin Hier spoke at The Museum of Tolerance in Pico-Robertson Monday.

"We're now in an emergency situation and we call upon the president of the United States to order the FBI to have a task force on anti-Semitism to combat this cancer before it gets worse," said Hier.

The founder of the museum spoke about recent anti-Semetic hate crimes, most recently a stabbing during a Hanukkah celebration in New York.

A man is accused of invading a rabbi's home and stabbing five people during over the weekend. He is now facing federal hate crime charges after authorities found what they described as anti-Semitic materials in several journals and on the suspect's phone.