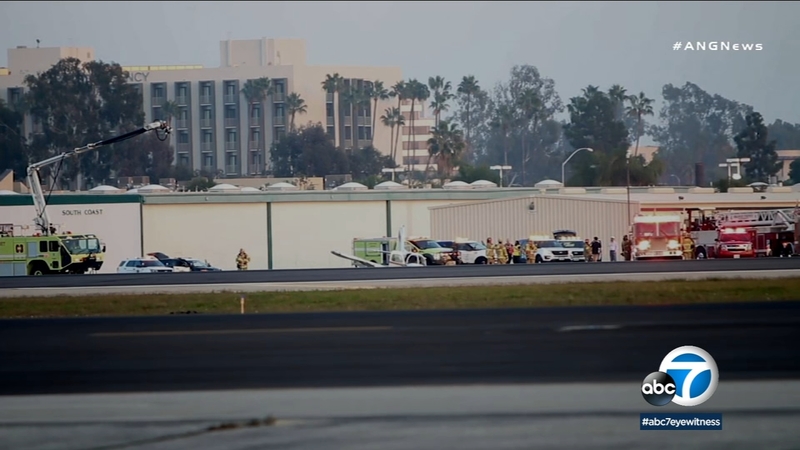 SANTA ANA, Calif. (KABC) -- Two people who were on board a single-engine plane are OK after the aircraft crash-landed on a runway at John Wayne Airport in Santa Ana Saturday.

The incident happened at about 4:15 p.m., when the single-engine Piper PA28-140 experienced engine trouble after departing from John Wayne Airport. The pilot returned to the airport and crash-landed on a taxiway.

Airport officials said there was no fire after the landing, but a small fuel leak was contained shortly after.

At 4:15 pm a Piper PA28-140 aircraft with 2 passengers on board crash landed on Runway 20R. There were minor injuries. There was no fire. Airport operating normally, no impact to scheduled flights. #FlyJWA

They said the two people on board the plane suffered only minor injuries.

The Federal Aviation Administration said it will investigate the incident.