Veteran actress Jonelle Allen talks about racism she's faced, while keeping her focus on social justice and educating new generations, after decades of experience on stage and television.
KABC 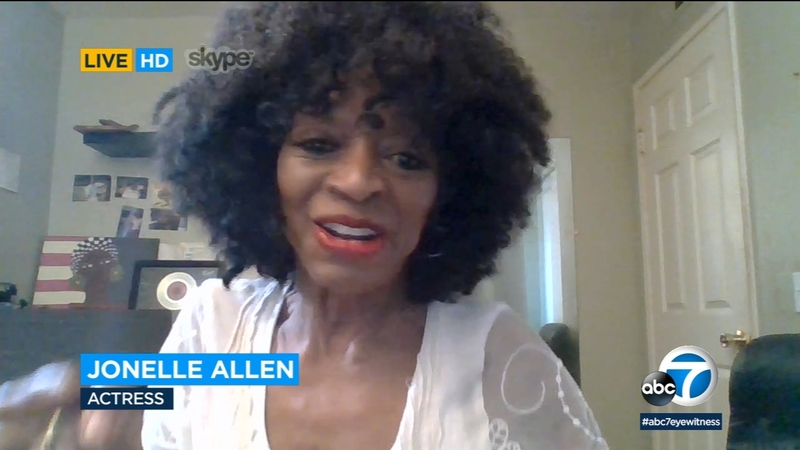 GLENDALE (KABC) -- As part of our continuing coverage on the social justice movement, veteran actress Jonelle Allen joined ABC7 via Skype to talk about the entertainment industry after her decades of experience on stage and television.

Many TV fans know Allen for her role on 'Dr. Quinn, Medicine Woman.' She is proud of the fact the role of a female entrepreneur was historically accurate.

"I used to believe, because of seeing old movies and stuff, that black people weren't in the old west. Well we were. We were there," said Allen. "We were entrepreneurial. We were very much involved in the foundation of the old west."

Allen recalls having to perform on the Broadway stage in 1968 the night Dr. Martin Luther King Jr. was assassinated.

"It's one of those things you'll never forget," said Allen. "When word got to us that Dr. King had been murdered it was right at intermission. So there was that conflict for me, because when I heard that news i wanted to run out of the Palace Theatre onto Times Square and just scream."

But the show must go on. And Allen had to finish the performance, which included singing the patriotic song, 'You're a Grand Old Flag."

"And I sang that song with so much gusto because underneath that was me saying this is my country too!" said Allen..

Allen also talked about bringing a Shakespeare play to the Ahmanson Theatre and being met with overt racism. She says the hateful words only fueled her fire to keep going.

'The thing is what one resists, one persists, and I was like, I am persisting!" said Allen.