"He cared deeply for others. We are devastated by this loss," read a statement on a GoFundMe that was created for his family.
KABC
By Jaysha Patel 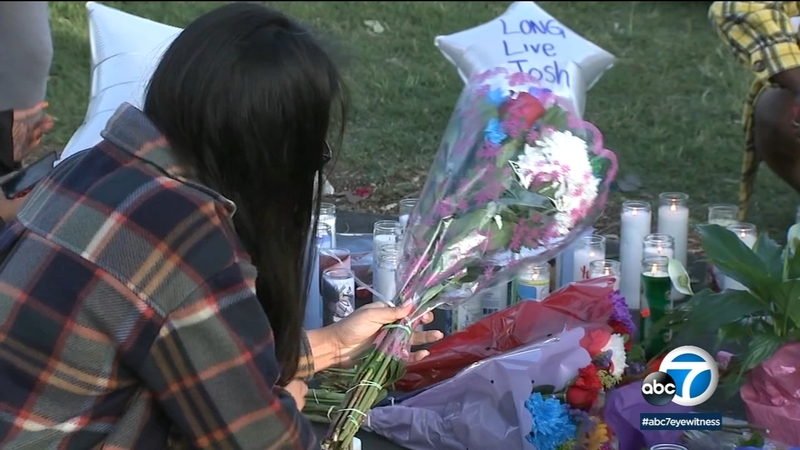 LONG BEACH, Calif. (KABC) -- The 15-year-old boy who police say was fatally shot in Long Beach Friday during a cellphone purchase that was arranged online is being remembered as a boy who "loved his friends and family."

Joshua's family says they're heartbroken that this happened. He was only a week away from turning 16. They say that area isn't the safest and have a message for people watching

"If I can leave a message for everyone it's just that safety first, family is very important, and you know, if there's anything that you guys can do just care about each other," said Simmons' uncle Vannarith Im. "Support each other, back each other up. This is very unnecessary."

Shortly before 9:30 p.m. Friday, officers were called to a public housing complex in the 1000 block of East Via Wanda, between Orange and Atlantic avenues, police said.

They arrived to find Simmons on a basketball court suffering from gunshots wounds to the upper body, investigators said. Paramedics were summoned to the scene, where Simmons was pronounced dead.

Police later learned that the teenager had arranged to buy a cellphone from someone through an online marketplace application and was to meet the seller at the crime scene location.

"During the transaction, an altercation occurred that escalated to the fatal shooting," officials said.

Cardenas was arrested on suspicion of murder and a firearm was seized from him, authorities said. He was booked at the Long Beach City Jail, where he was being held in lieu of $2 million bail.

"He cared deeply for others. We are devastated by this loss," read a statement posted on a GoFundMe created for Simmons on behalf of his family.