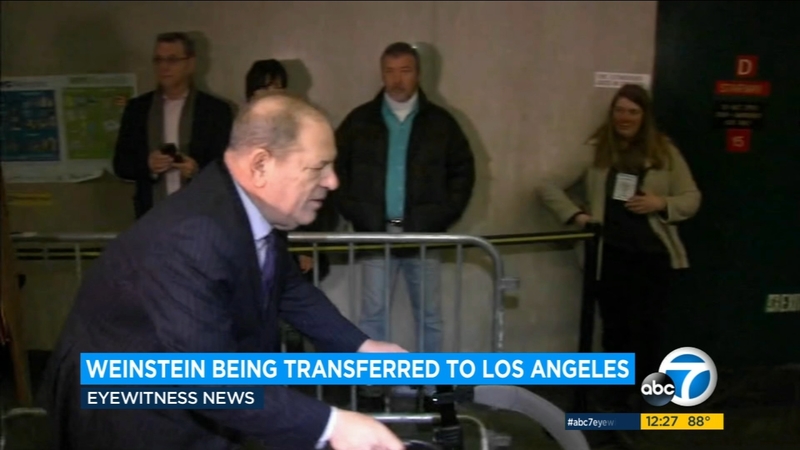 A New York judge on Tuesday ordered that Harvey Weinstein be transferred to Los Angeles, where he faces criminal sex charges.

"I will respectfully deny your petition," Erie County Court Judge Kenneth Case told Weinstein's defense attorney, Norman Effman, who had asked that Weinstein remain at Wende Correctional Facility near Buffalo, from which he appeared virtually in a maroon shirt with the sleeves pulled to his elbows.

"I can hear you, yes, your honor," Weinstein said at the outset of the extradition proceeding. He made no other statements.

Prosecutors said Los Angeles County indicated there would be likely be no movement until mid-July.

"The reason he's at Wende is it's the regional medical center," Effman said. "He's in the middle of treatment right now."

Effman said Weinstein was not trying to avoid trial and suggested Los Angeles County could conduct a virtual arraignment.

The Los Angeles District Attorney charged Weinstein with rape in January 2020, as his trial was beginning in Manhattan. More counts were added later.

He now stands charged with four counts of rape, four counts of forcible oral copulation, two counts of sexual battery by restraint and one count of sexual penetration by use of force. The counts involve five women and stem from events in Los Angeles and Beverly Hills from 2004 to 2013.