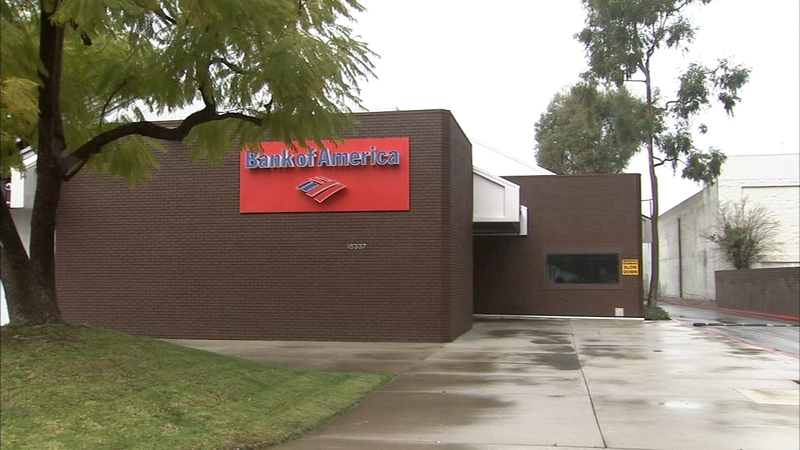 ENCINO, LOS ANGELES (KABC) -- A new kind of robbery is on the rise called jugging and instead of thieves stealing from a bank, they're targeting the customers.

A trip to the bank can be a simple chore on a busy day, but investigators said adding a stop or two could be costly.

"They wait until the person exits the vehicle, leaves the cash unattended, they break in and they're in and out really quick," LAPD Lt. Carlos Solano said.

In one jugging case, two men were arrested last week in an LAPD and FBI sting operation. They are suspected of waiting in the parking lot of a Bank of American in Encino and then following a Rolls Royce. When the driver stopped at a doctor's office, the two suspects made a move.

"The suspects smashed the front passenger window and pried the door of the Rolls Royce to gain entry. A search of the suspects and the vehicle produced over $21,000 in cash," Solano said.

Detectives said the juggings - or follow-outs as they call them in L.A. - have been going on for years and happens hundreds of times each year. But it's getting worse because crews are now coming in from Texas.

"Some of these individuals are flying into Los Angeles. Houston identified as crew of about 90 individuals that have gone through the southern states of the nation just to commit this type of crime," Capt. Lillian Carranza said.

Detectives said the recent arrests are Houston gang members. They're suspects in not just one but several juggings in Los Angeles and Orange counties.