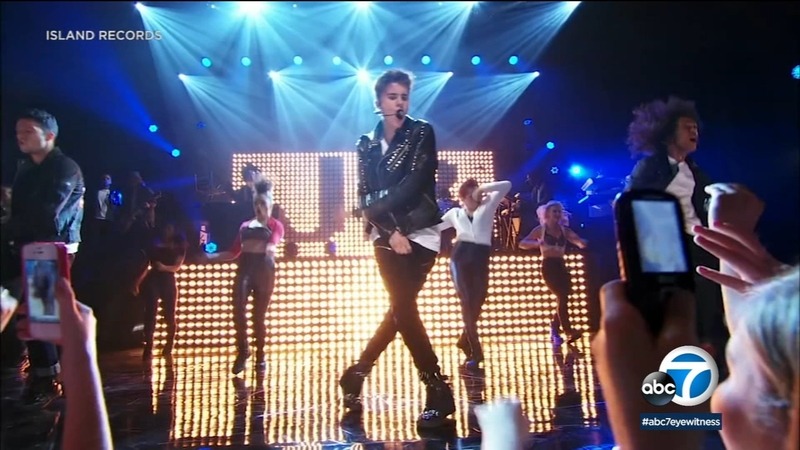 INGLEWOOD, Calif. (KABC) -- Justin Bieber postponed a performance that had been scheduled for Thursday night at the Forum as part of his Justice World Tour.

That announcement was made Wednesday after the pop star tested positive for COVID-19. Bieber was said to have mild symptoms.

For those who have tickets to Thursday's show, they will automatically transfer to the rescheduled tour date on July 2.

Bieber posted the full information on the postponement here

Earlier this month, four people were shot and wounded after a fight broke out outside a Los Angeles restaurant hosting a party that followed a Bieber concert, police said.

Justin Bieber was set to take the stage in Las Vegas Sunday night, but that concert has now been postponed following a COVID-19 outbreak within the 27-year-old pop star's team.