There was some smoke damage in several units, according to authorities.
KABC 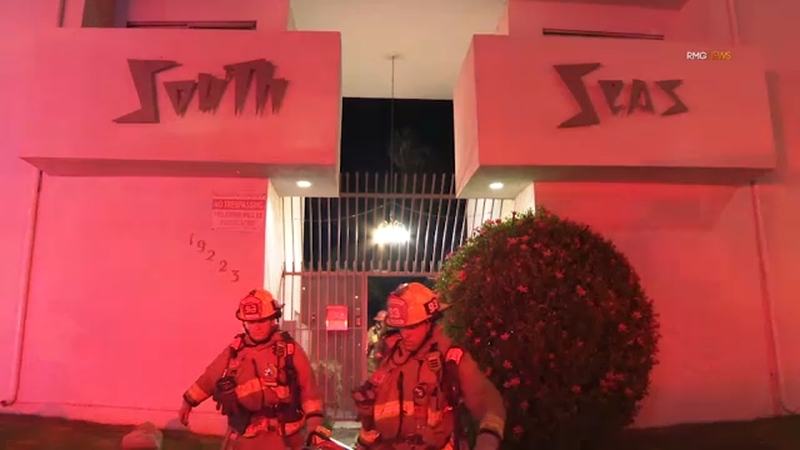 RESEDA, LOS ANGELES (KABC) -- Four people were injured after a fire broke out at an apartment complex in Reseda that may look familiar to move buffs.

It happened at the South Seas apartment complex on West Saticoy Street at around 11:30 p.m. on Monday.

Firefighters were able to contain the fire in about 15 minutes. The Los Angeles Fire Department says paramedics treated four people and took two others to the hospital. Their conditions were not immediately released.

There was some smoke damage in several units, according to authorities.

The building was used as a filming location for the 1984 martial arts film "The Karate Kid." It was the apartment Daniel LaRusso moves into when he moves to L.A.