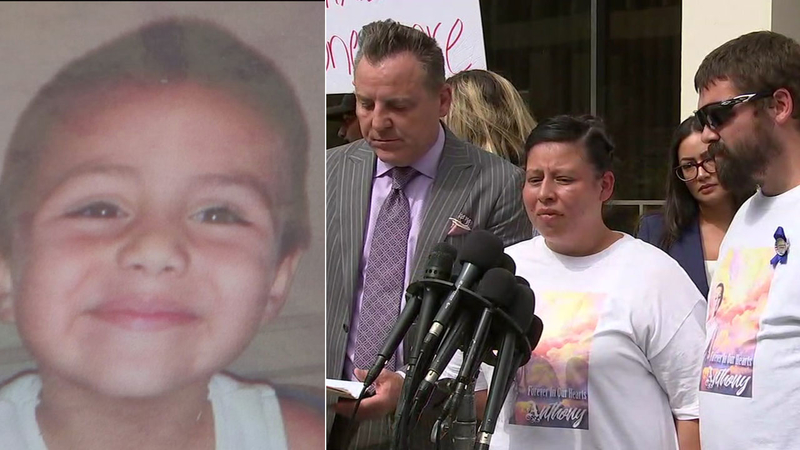 LANCASTER, Calif. (KABC) -- An attorney representing the father and other relatives of a 10-year-old Lancaster boy who died from abuse is demanding a criminal investigation of the social workers involved in the case.