ABC7's Marc Brown sat down with Bass for a one-on-one interview as she continues her campaign for mayor of Los Angeles.
KABC
By Marc Brown 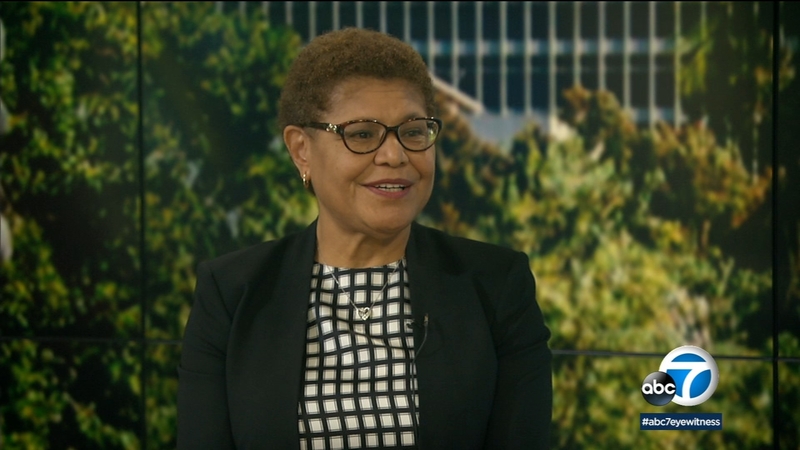 LOS ANGELES (KABC) -- Over the weekend, Rep. Karen Bass used a kickoff event for her campaign for mayor of Los Angeles to reiterate her pledge of solving homelessness, but what else can we expect from the six-term congresswoman?

ABC7's Marc Brown sat down with Bass to discuss her plans on issues such as vaccine mandates for children.

"When the vaccine is available for young children, maybe we wait a minute, but ultimately, I do think that we have to have mandates for vaccines," said Bass. "Now, there will be some exceptions, just like there are now, but I think we're acting like vaccines is something that is new and it's not."

Bass said she's raised $1 million for her campaign in 20 days. During Saturday's kickoff event, Bass also pledged to "work to support and strengthen the business community."

Rep. Karen Bass used the kickoff event for her campaign for mayor of Los Angeles Saturday to reiterate her pledge of solving homelessness her top priority if elected.

Bass, 68, announced her plans to run for mayor in September.

If elected, Bass would be the city's first female mayor and second Black mayor.

You can watch Bass' full interview with ABC7's Marc Brown in the video above or on your favorite streaming devices, like Roku, FireTV, AppleTV and GoogleTV.