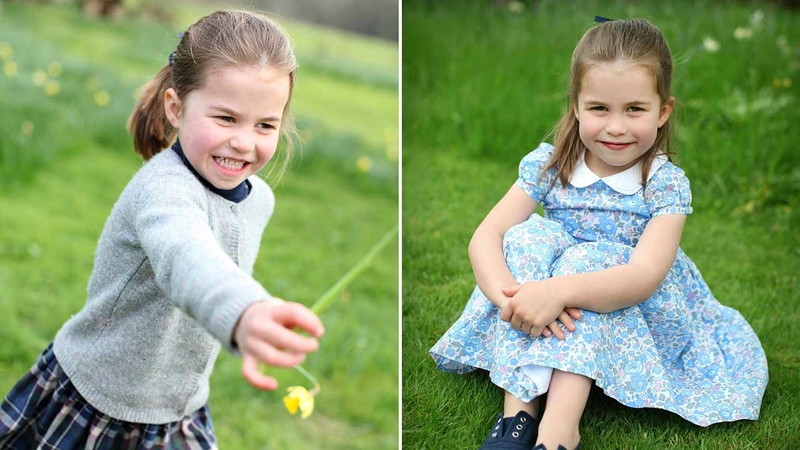 Will & Kate's royal family through the years

LONDON -- Princess Charlotte, the middle child of Prince William and Duchess Kate, is celebrating her fourth birthday on Thursday.

In honor of the big day, her parents released new photos that were taken by her mom at Kensington Palace and at their home in Norfolk.

The Duke and Duchess of Cambridge are very pleased to share three new photographs
of Princess Charlotte ahead of her fourth birthday tomorrow.

The photographs were taken in April by The Duchess at Kensington Palace and at
their home in Norfolk. pic.twitter.com/skf95Z44EZ

Though her parents often keep Charlotte and her siblings out of the spotlight, the little royal has made enough public appearances for fans to fall in love with her playful personality. At uncle Prince Harry's wedding to Meghan Markle last year, she memorably stole the show as a bridesmaid.

George, Charlotte and Louis are about to get a cousin. Aunt Duchess Meghan is expected to give birth any day now, if she hasn't aleady. The Duke and Duchess of Sussex said they are keeping their plans to themselves so they can have a chance to bond with the new baby privately before introducing "Baby Sussex" to the world.

In the video above, take a look back at the major family milestones of the Duke and Duchess of Cambridge and their kids.

PHOTOS: Will & Kate through the years

The British royal family tree and the line to the throne