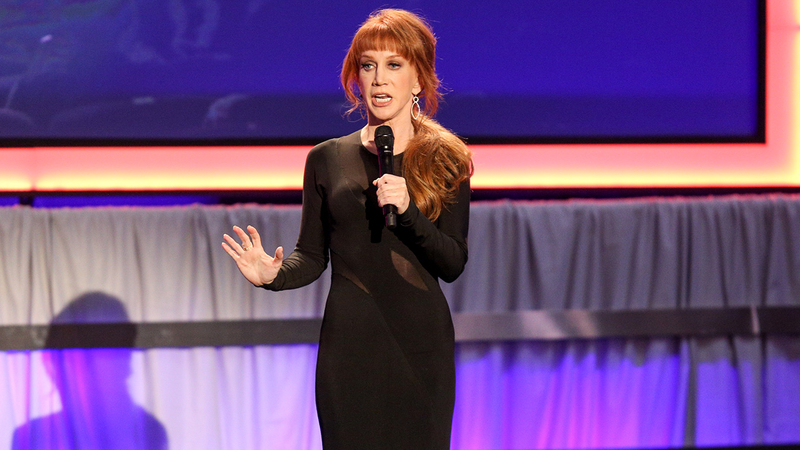 CNN has announced that Kathy Griffin will no longer appear on its New Year's Eve special following a controversy where Griffin shared a photo of herself holding a bloodied replica of President Donald Trump's head.

The comedian has hosted the network's special for the past 10 years, according to ABC News, alongside Anderson Cooper. Cooper posted on Twitter on Tuesday that he was disgusted by the photo.

For the record, I am appalled by the photo shoot Kathy Griffin took part in. It is clearly disgusting and completely inappropriate.

CNN was not the first to sever ties with Griffin. Squatty Potty announced earlier Wednesday that they would not be using a new ad campaign in which she was featured. CEO Bobby Edwards said in a statement:

"We were shocked and disappointed to learn about the image Ms. Griffin shared today, it was deeply inappropriate and runs contrary to the core values our company stands for. In response, Squatty Potty has suspended its ad campaign featuring Ms. Griffin. We have acted swiftly and decisively to demonstrate our commitment to a culture of decency, civility, and tolerance."

Griffin had apologized on Tuesday after the controversy the photo caused.

"The image is way too disturbing. I understand how it offends people. It wasn't funny. I get it," Griffin added in a video posted with the tweet.

She added that she is taking the image down from her social media accounts and will be asking the photographer to do the same.

President Donald Trump posted on Twitter Wednesday morning to say that the photo had upset his family, especially his youngest son.