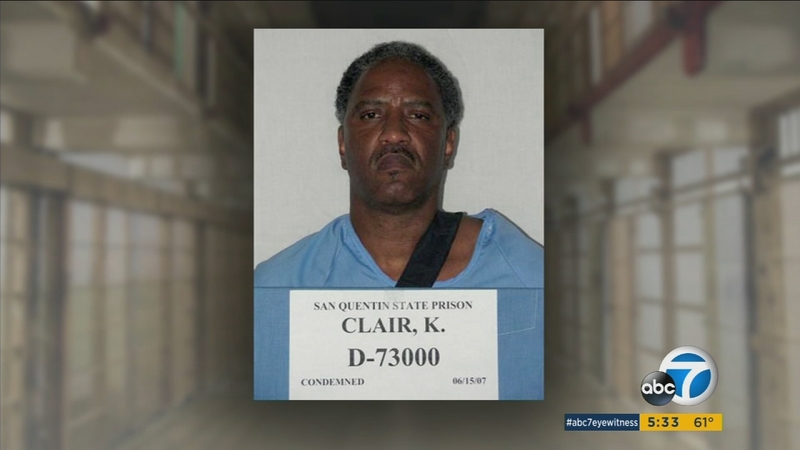 SANTA ANA, Calif. (KABC) -- Supporters held a rally in Santa Ana in an effort to exonerate a man wrongfully placed on death row but who still faces life in prison.

Kenneth Clair, 55, has been in custody for more than 30 years for killing a nanny in Santa Ana - a murder he and his family claim he did not commit.

People showed their support at the rally and nearly 160,000 others have signed an online petition calling for his release.

"There's really zero doubt that Kenneth Clair is guilty of this crime. All of the evidence through all the years has always pointed to him," prosecutor Dan Wagner said.

In 1984, prosecutors said Clair, who was homeless at the time, entered a Santa Ana home where they said he sexually assaulted, strangled and stabbed to death Linda Faye Rodgers. The 25-year-old was babysitting children in the house at the time.

Prosecutors said Clair's girlfriend testified that he showed her jewelry stolen from the home and she saw blood on his hands. But she would later recant her testimony.

Clair has been on death row since 1987. But last March, the 9th U.S. Circuit Court of Appeals overturned his death sentence. The appellate court found that during his trial, Clair's defense attorney failed to present evidence that may have swayed the jury toward compassion.

However, the court upheld his conviction, but noted conflicting DNA evidence has been uncovered since his trial.

Private investigator CJ Ford said DNA found at the crime scene does not belong to Clair, but to a Fresno-area man whose name has never been released.

"All the DNA evidence that the D.A. has tested shows that it was someone else that committed the crime," Ford said.

But Wagner said the man was 11 years old at the time of the crime and was out of the country.