Kerry Washington calls for justice for Breonna Taylor: 'It is unfathomable that these officers are not in custody' 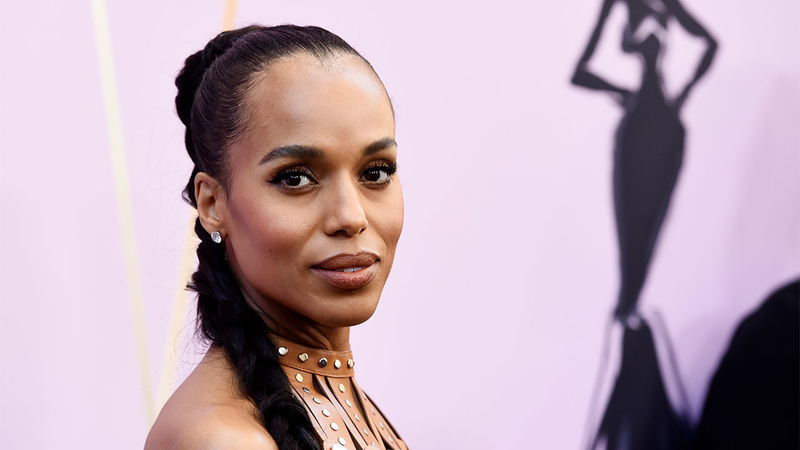 LOS ANGELES -- Kerry Washington says America is "in the moment of a new normal" and "cannot go backwards" following the death of George Floyd and the renewed focus on policing in America.

"It fills me with so much hope and encouragement," Washington said in response to the widespread peaceful protests this past weekend during an appearance on "Jimmy Kimmel Live." "I feel like we as a nation -- and as a world in some ways -- we're done having our governments work in ways that don't reflect our values."

Washington continued: "For a long time, people thought you could just be a passenger in this train called democracy, but that's not how it works. A democracy works if we all show up and we all express our values, whether it's voting or in the streets protesting. That is what democracy looks like."

The "Little Fires Everywhere" star discussed the African American Policy Forum's #SayHerName campaign, which amplifies the stories of women of color "who have been the victim of police killings [who] have not been celebrated and honored."

"The #SayHerName campaign is really about fighting black women's invisibility so that women like Breonna Taylor get justice," Washington explained. "Breonna Taylor was an EMT in Louisville. She was working on the front lines of COVID. She was one of our heroes. Who could imagine that what took her life was not this devastating virus but a debacle of a police raid? It is unfathomable that these officers are not in custody."

Washington continued: "Saying her name, saying Sandra Bland, Korryn Gaines - remembering that black women are victims of police brutality and police violence as well is so important to me."

Taylor was shot eight times by narcotics detectives who knocked down her front door as they attempted to enforce a search warrant in March. The warrant targeted a suspect who did not live at Taylor's home, and police found no drugs.

Attention on Taylor's death has intensified after her family sued the police department. The case has attracted national headlines alongside Floyd's death in Minneaopolis on Memorial Day and the shooting of Ahmaud Arbery in a Georgia neighborhood in February.

The city's police chief retired following Taylor's death, and the FBI has started an investigation into the shooting.

Louisville Mayor Greg Fischer announced last month that officers in plainclothes units like the one that served a warrant at Taylor's home will wear body cameras during search warrants.

Fischer also said he is changing the policy on what police call "no-knock" search warrants. Police received permission from a judge to enter Taylor's home without announcing their presence during the search. The family, in a lawsuit, said neighbors did not hear officers before they entered.

Fischer said the police chief will now need to sign off on those types of warrants before they are sent to a judge for approval.

"This is a step, but we know there needs to be more conversation on the use of these warrants," Fischer said.

The body camera policy will extend to all sworn officers during search warrants where they identify themselves as police officers, Fischer said.