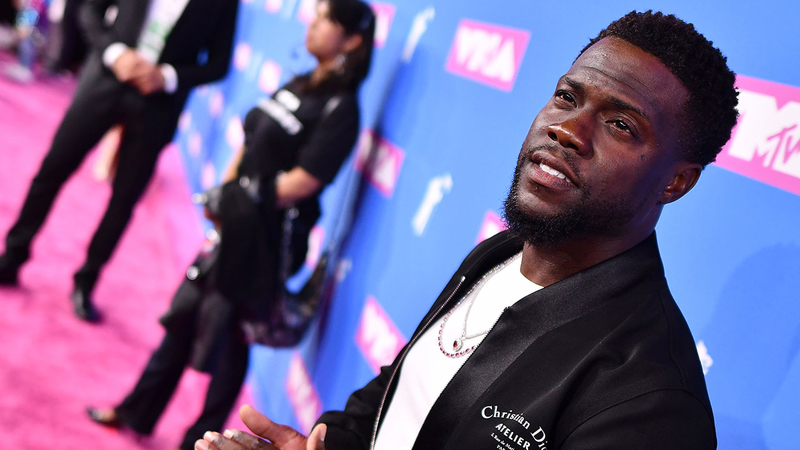 While it's still not known whether or not he will host the Oscars, Kevin Hart is apologizing to the LGBT community.

On his SiriusXM radio show "Straight from The Hart" on Monday, Hart referred to himself in third person during his apology.

"Once again, Kevin Hart apologizes for his remarks that hurt members of the LGBTQ community," he said during the show. "I apologize."

The apology comes after Hart stepped down as host of the Oscars after years-old homophobic tweets of his surfaced when he was announced as host.

"We thought it was okay to talk like that, because that's how we talked to one another," Hart said during the show, addressing past homophobic tweets, some using slurs, according to ABC News. "This is wrong now. Because now we're in a space where I'm around people of the LGBTQ community, and I'm now aware of how these words make them feel, and why they say 'That s--- hurt because of what I've been through.'"

Hart vowed never to use those types of jokes again. He also spoke about his previous apologies, asking his critics to accept that he's a different person now.

"If you don't want to accept people for their change, then where are you trying to get to the equal part? Where does the equality part come in?" he asked.

On the show, friends urged Hart to host, but he said he's not sure he'd have time to prepare. The Oscars air on ABC on Feb. 24.

RELATED: When are the Oscars nominations getting announced? Everything you need to know

The radio show comes just days after Hart's highly publicized interview with Ellen DeGeneres in which she urged him to reconsider hosting. That interview was met with backlash from LGBT activists.