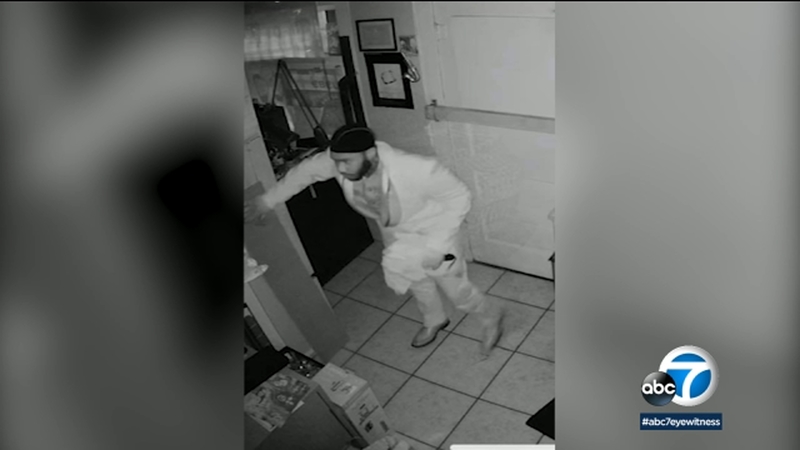 COSTA MESA, Calif. (KABC) -- A search is underway for the suspects who police say robbed, kidnapped and assaulted a jewelry store owner in Costa Mesa.

The incident occurred Wednesday at about 10:13 p.m. at a jewelry store in the 1800 block of Newport Boulevard, according to Costa Mesa police.

Video surveillance shows the two suspects. One was seen wearing a white blazer and hat or beanie, while the other was wearing a gray hoodie and sweats.

The victim's daughter said it appears her father was kidnapped as he was leaving his store, Diamond and Jewelry Exchange.

"He was just missing. For hours, we couldn't find him. No sign of him. We were thinking the worst," the daughter said.

"It looks like a truck ran him over. It's awful," the daughter said. "He's unrecognizable."

As the victim fights to recover, police continue their search for the suspects.

Family and police are asking for the public's help tracking them down. Police believe numerous people may have seen the suspects given the number of people who walk down Newport Boulevard.