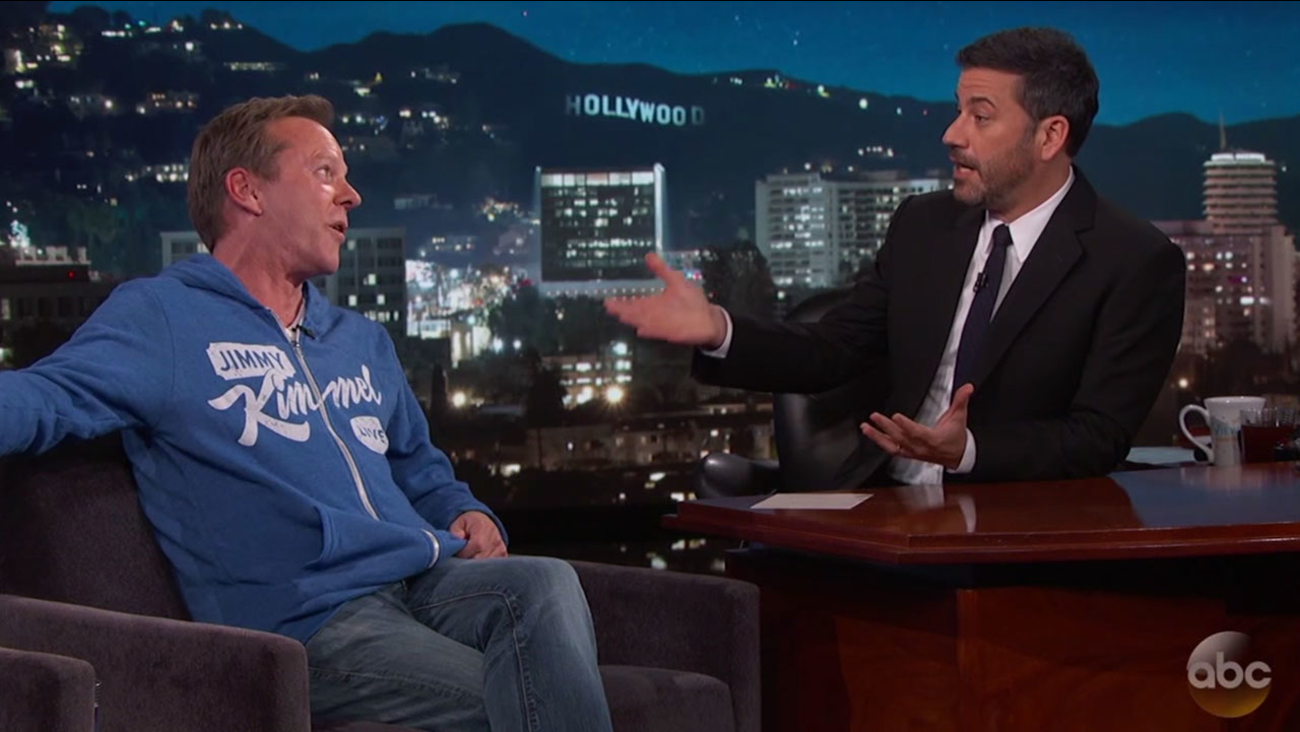 Though millions of people once tuned in to watch 24 every week, Jack Bauer himself wasn't one of them. In fact, Kiefer Sutherland says he's never seen an episode, and the reason, he explained, has to do with with the classic '80s adventure drama Stand By Me.

The actor made the surprising declaration on Monday, when he appeared on Jimmy Kimmel Live to talk about his new show, Designated Survivor.

"I don't normally watch the stuff I film," he said. "I've managed to make 216 episodes of 24 and I don't think I've ever watched a single one of them."

Two things prompt this aversion to watching his own work, Sutherland said. First, he knows he can't change anything about his acting once it's out there, and second, he had a traumatizing experience when he was a young actor. He took his then-girlfriend to watch the 1986 film Stand By Me, in which he plays the bully Ace Merrill.

"I was absolutely horrified by what I had done in the movie," he said of his performance. "And then it was the biggest hit of the summer and it changed my life, so I figured maybe I shouldn't watch the stuff I do."

While Sutherland might not be watching, you can see his new series starting this week. Designated Survivor follows a man who reluctantly becomes president after everyone ahead of him in the line of succession is killed, and the show is the perfect political thriller for this election season.