The former Fox News Host had some choice words for California. Watch the full speech in the video below.
KABC 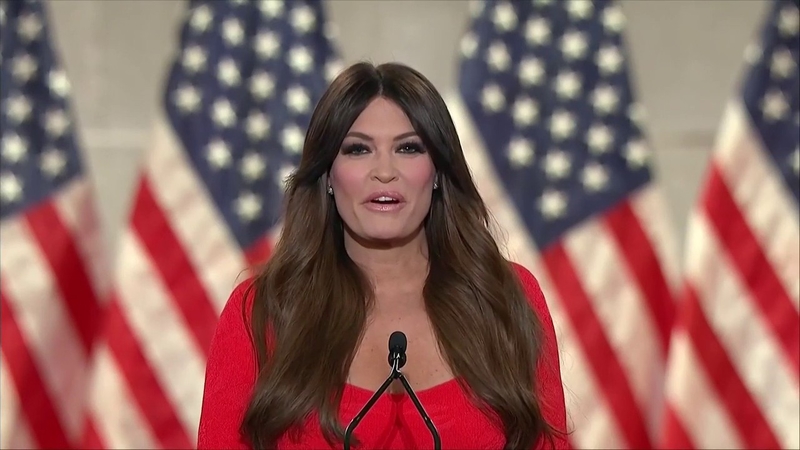 Kimberly Guilfoyle speaks at the 2020 RNC

CHARLOTTE, N.C. (KABC) -- Kimberly Guilfoyle, a campaign adviser for the president and Donald Trump Jr.'s girlfriend, took aim at California during her speech on the first night of the 2020 Republican National Convention.

Guilfoyle, a former Fox News Host, portrayed the state as one ruined by liberal politicians that would serve as a template for the country under a Joe Biden administration.

"If you want to see the socialist Biden-Harris future for our country, just take a look at California," she said. "It is a place of immense wealth, immeasurable innovation and immaculate environment and the Democrats turned it into a land of discarded heroin needles in parks, riots in streets and blackouts in homes."

VIDEOS: Speakers on the 1st night of the 2020 RNC
EMBED More News Videos

Speakers from night 1 of the 2020 Republican National Convention: VIDEOS (1 of 16)

She also shared her own experience as the daughter of immigrants. She described herself as a first-generation American, citing her mother's Puerto Rican roots.

But Puerto Rico is a U.S. territory, and its residents are U.S. citizens.

She says her mother was a special education teacher from Aguadilla, Puerto Rico, while her father, whom she described as "also an immigrant," came to this nation in pursuit of the "American dream." Her father is from Ireland.

Guilfoyle cited her family history to make her case that she knows how dangerous a socialist agenda would be for the nation.

"This election is a battle for the soul of America. Your choice is clear. Do you support the cancel culture, the cosmopolitan elites of Nancy Pelosi, Chuck Schumer and Joe Biden, who blame America first? Do you think America is to blame," she asked.

Guilfoyle married Democratic politician and current California Gov. Gavin Newsom in 2001. She was the First Lady of San Francisco during Newsom's first two years as mayor of the city. The couple divorced in 2006.