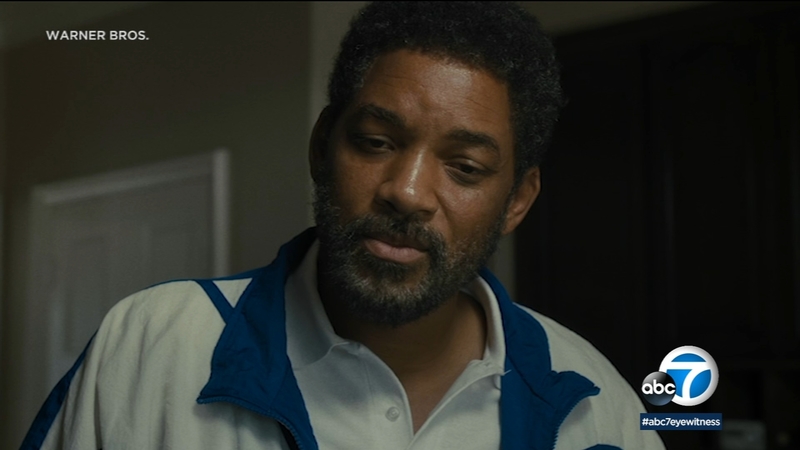 HOLLYWOOD -- The new film "King Richard" is the origin story of two of the world's greatest athletes, who happen to be from Compton, California: Venus and Serena Williams. The movie shows how determination, big dreams and a lot of love took them to the top.

"King Richard" shows how Venus and Serena's dad dreamed, planned and worked to raise his daughters to be tennis stars. Will Smith plays the girls' father, and as their equally hard working mother, Oracene Aunjanue Ellis.

"We know these kind of stories. This character is a bit of a trope, you know, the wife of the heroic man. We've seen it a thousand times," said Ellis. "I didn't want to tell that story. We wanted to tell the truth about who this woman was and she was a co-conspirator to this dream."

Ellis views "King Richard" as the architect of their daughter's careers, but mom was head of the construction crew that actually laid the building blocks for their success, both on and off the tennis court.

"You have to sew outfits and do the hair; cook and clean, at the same time being the builder of the dream," said Ellis.

Venus and Serena are both executive producers on the film. They attended an AFI Fest screening, where Venus revealed what she hopes audiences take away from her family's story.

"What do I hope girls get out of this story is that you can do anything, you just keep dreaming and keep fighting, surround yourself with wonderful people," said Williams. "You can get there. You really can."