Cities along the California coast are taking some precautions Monday with "King Tides" expected to reach nearly 7 feet in some areas.
KABC 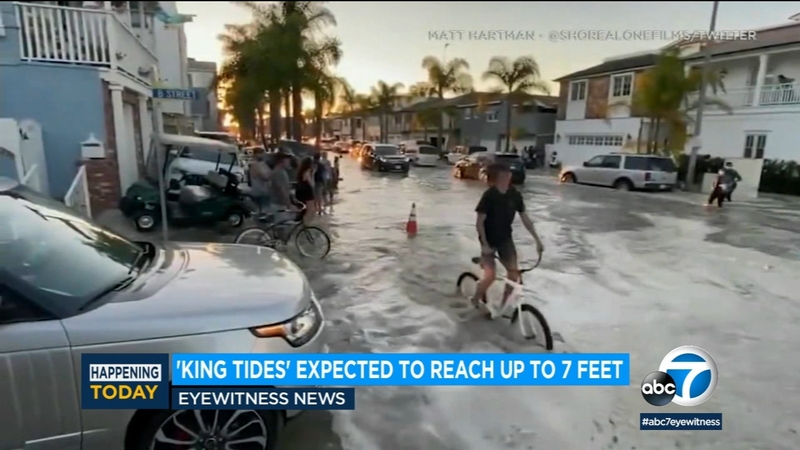 HUNTINGTON BEACH, Calif. (KABC) -- Cities along the California coast are taking some precautions Monday with "King Tides" expected to reach nearly 7 feet in some areas.

The astronomical high tides known as King Tides began hitting the coast on Sunday morning - and in some places, the tides are expected to continue into Tuesday.

Forecasters are advising of potential minor coastal flooding along some low-lying areas of the coast.

A beach hazards statement was issued for the Orange and San Diego county coasts for Monday and Tuesday mornings.

Meanwhile, advisories have been issued Monday for coastal areas north and south of San Francisco and Monterey bays and the on the Big Sur coast. Forecasters say those advisories might be extended through Tuesday morning's high tide.

King Tides happen when the sun, moon and Earth are in alignment and the moon is in its closest position to the Earth, creating a stronger gravitational pull.

Video of the last occurrence in Newport Beach over the summer shows flooding on roadways and parking lots. The water was high enough for at least one person to bellyboard down a street.

The California coast is not expected to see major flooding as a result of the tides but some low-lying areas are taking precautions.