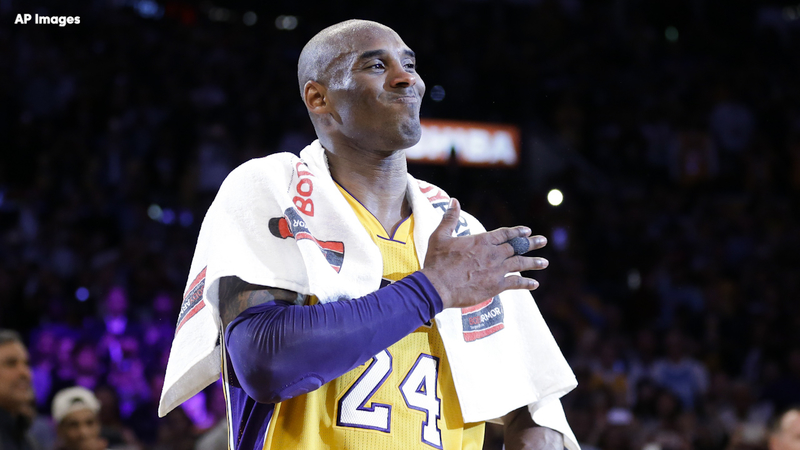 With that, we look back on the incredible career of Bryant.

Bryant played for the Los Angeles Lakers for the entirety of his 20-year NBA career, going straight to the NBA out of Lower Merion High School in Philadelphia. He was originally drafted with the 13th overall pick in the 1996 NBA Draft but was traded to the Lakers on draft night.
EMBED More News Videos

Bryant is one of the NBA's highest scorers of all time. He is currently 4th on the NBA's all-time scoring list with 33,643 points.

One of Bryant's most legendary performances was in 2006 when he scored 81 points against the Toronto Raptors. It is the second-highest scoring output in NBA history.

Bryant finished his NBA career with a 5-2 record in seven NBA Finals appearances. He and Shaquille O'Neal dominated the league as a duo from 2000-2002 and won three straight championships.

His two other championships came in 2009 and 2010 against the Orlando Magic and rival Boston Celtics. Bryant was named the NBA Finals MVP in those two titles.

Donning the USA uniform during the Summer Olympics was part of Bryant's career. He is a two-time gold medalist, being a big part of the USA's medal runs in 2008 and 2012. Bryant averaged 13.6 PPG for his Olympic career.

Bryant's final NBA game in 2016 took the sports world by storm, scoring 60 points against the Utah Jazz and taking over down the stretch of the fourth quarter. He became the oldest player in NBA history to score 60 points at 37 years old.