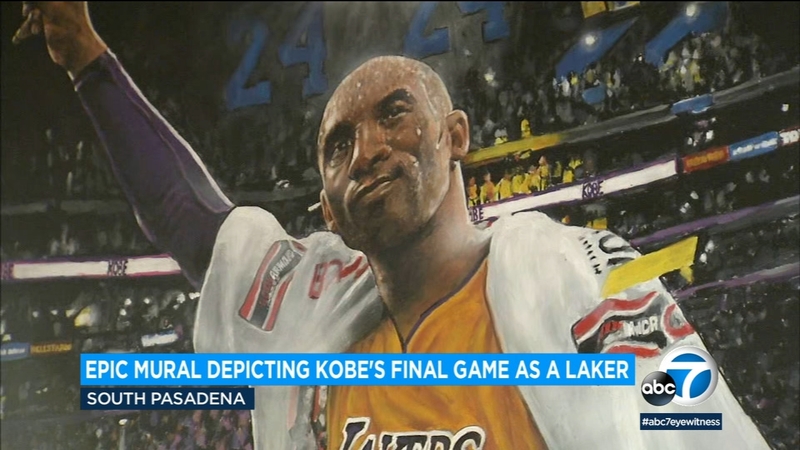 He's about to finish a mural depicting Kobe walking off the court for the final time after scoring 60 points against the Utah Jazz.

Lakers team photographer Andrew Bernstein captured the iconic image and commissioned the work to cover the outside of his office on Mission Street.

Never explained his reasoning behind taking on this epic project.

"I really wanted to make the mural just because most guys kinda finish their career in a whimper, like barely a shell of their former selves. Where it's like with Kobe that last game he dominated."

"All eyes were on him, everyone was cheering for him. It was such a Kobe moment to dominate on such a big stage," Never said. "It's really cool to be a part of the process and be able to paint a moment in L.A. history like that."

A mural has popped up in Silver Lake in honor of Dodgers reliever Joe Kelly's pouty face that he made during a game against the Houston Astros earlier this season.