SANTA BARBARA, Calif. (KABC) -- Kristy Finstad lived her life with an open heart and a spirit of adventure that led her around the world on travels from Russia to Micronesia, New Zealand, Australia, Fiji, Costa Rica and more.

She spoke three languages, taught yoga and became a dive instructor marine biologist after graduating from the University of California, Santa Barbara. 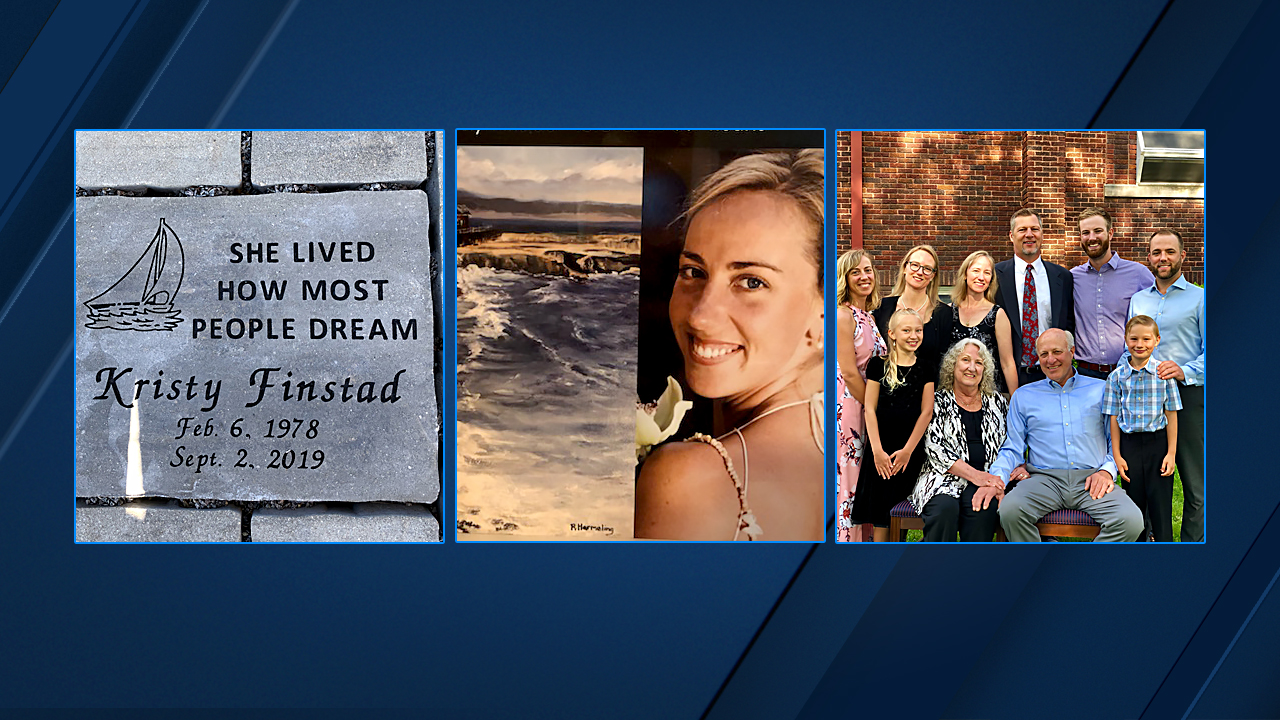 "She lived her dream," says Kristy's mom Rita Harmeling. "She did what other people dreamed of doing... nothing was beyond her."

"From the time she was a really tiny thing, you know, she was involved with water things," says Rita. "I always called her my water baby." 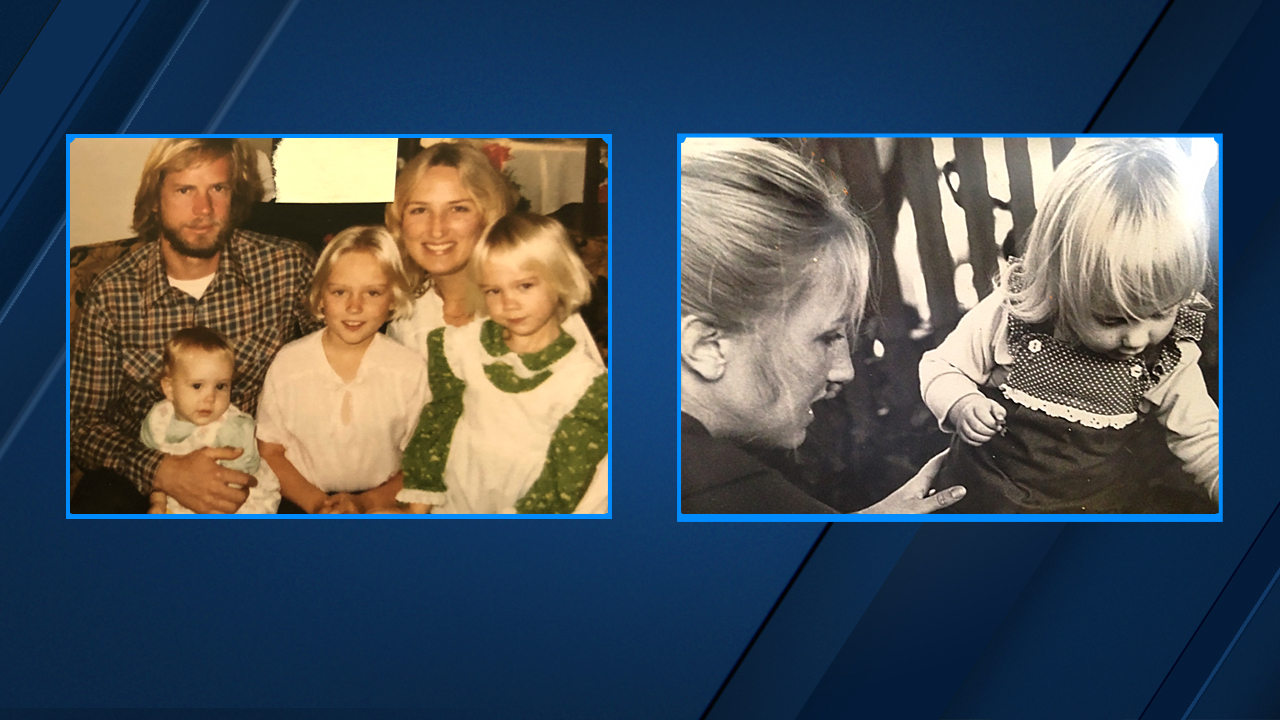 Kristy and her husband Dan Chua spent four years living aboard a catamaran, before buying a home in Lake Tahoe and running Worldwide Diving Adventures out of Santa Cruz.

"Kristy loved scuba diving, just as much as she loved just simply breathing," says Kristy's brother Brett Harmeling. "She shared that knowledge with the world in her work and then in her personal life, teaching people how to dive from beginners all the way to the advanced."

Kristy was among 34 people killed in the smoke and fire aboard the Conception diving boat last year on Labor Day off Santa Cruz Island. Among the other victims sleeping below deck that night were a girl celebrating her 17th birthday, a family of five from Stockton, a physics teacher and his daughter, two Apple engineers, a CEO from Anaheim Hills and a visual effects designer at Netflix in Los Angeles.

Thirty-four people were killed in the smoke and fire aboard the Conception diving boat last year on Labor Day off Santa Cruz Island.

"Just knowing that she did leave the earth, doing the thing that she absolutely loved the most does bring some peace," says Kristy's brother Brett who'd planned to be on the trip but cancelled due to his then upcoming wedding.

The worst maritime disaster in modern California history is still under investigation by a raft of federal agencies including the FBI, the NTSB, the ATF and the Coast Guard. The NTSB is expected to announce its findings on Oct. 20, but the agency's preliminary report noted that there was no roving night watch. All five crew members above deck were asleep, which is a violation of Coast Guard regulations.

"Not only is it undisputed that there was no roving night watch on this shift, but it was the consistent practice of Truth Aquatics to not have a night watch," says attorney Jeff Goodman, who is representing nine of the victims' families in a civil lawsuit against Truth Aquatics owners Glen and Dana Fritzler.

Among the issues investigators are looking at are the escape routes from the cramped, below deck sleeping quarters.

"It was a tiny, tiny top hatch, that was the secondary hatch, that you wouldn't even know was there unless somebody had showed you which we don't believe they were shown," says attorney Goodman.

One possible cause of the fire? Lithium ion batteries charging on the boat.

"They took all of the devices that could be prone to a fire hazard, they plug them all into the same outlet strip, using different extension cords, put them in the same room, haphazardly tossed on top of each other, which only increases the heat exposure that they're getting. And then this happens. They did absolutely everything wrong."

The Fritzlers defended their crew members in an interview last year and noted that Conception Captain Jerry Boylan stayed on the boat as long as he could trying to reach the passengers before jumping into the ocean trailed by smoke.

"Within minutes they would've been consumed, so they did their best," Glen Fritzler told ABC-affiliate KEYT in Santa Barbara. "They did re-enter the vessel from the back of the boat after they swam around it. They could not get to firefighting equipment because everything was engulfed."

Santa Barbara Congressman Salud Carbajal is sponsoring the "Small Passenger Vessel Safety Act" and hopes it will be signed into law later this year. The bill aims to raise the standards of maritime safety on smaller and older vessels that were exempt from certain regulations.

"When you go on a boat, you don't care when that boat was built, just provide the highest safety standards and measures possible," Rep. Carbajal tells Eyewitness News. "We should not have two different standards of safety for different boats."

The Small Passenger Vessel Safety Act would require that small passenger vessels, such as the Conception, have no less than two avenues of escape to different parts of the vessel, mandate safety standards for the handling and storage of devices with lithium ion batteries (like phones, cameras and other electronic equipment) and establish increased standards for interconnected fire alarm systems.

Rep. Carbajal also blames the Coast Guard for ignoring or rejecting some previous safety recommendations put forward by the NTSB.

"What became abundantly clear is that the Coast Guard just doesn't take the recommendations and adopt some that come out of the National Transportation Safety Board," says Rep. Carbajal.

"Really getting the Coast Guard to understand that their lack of action, their lack of incorporating more of those recommendations, in my opinion, has resulted in more loss of life."

Criminal charges could be pending for the Fritzlers, Captain Jerry Boylan or other crew members of the Conception. Search warrants were served last fall on Truth Aquatics after a federal grand jury convened to consider whether a crime had been committed.

In July, federal prosecutors briefed Captain Boylan on evidence they have gathered against him in a "reverse proffer" meeting, which is typically used to persuade a suspect to plead guilty.

"The government has concluded that it has sufficient evidence to bring criminal charges," the Fritzlers' attorney wrote last week in a court filing in the civil case. "An indictment, or indictments, will be forthcoming."

The civil case is complicated by the fact that the Fritzlers filed a preemptive legal action days after the tragedy in an attempt to shield them from damages under a maritime law that dates back to 1851.

"The law should be taken off the books," says attorney Goodman. "The Limitation of Liability Act of 1851 was passed over 170 years ago at a time when a vessel owner would send their ship halfway around the world on some shipping mission and not hear from them for six months."

Kristy Finstad's mother and stepfather are not part of the civil lawsuit and say they forgive the crew.

"We feel terrible for the crew, I mean they didn't do this on purpose," says Al Harmeling.

The Harmelings, instead, are trying to move past the tragedy and focus on the memories they have of a daughter who squeezed so much life out in so little time.

"We loved her so much," says Rita Harmeling. "We were really lucky to have her for 41 years. I just wish that I had her for another 41."

Brett Harmeling was among a group of family members, close friends and first responders who traveled on Wednesday to the site of an underwater memorial placed on the sea floor where the Conception came to rest. A plaque on the rock lists the names of all 34 victims. The memorial was organized by Barbara Gentile-Crary of Malibu Divers. The memorial stone was sponsored and sourced by PADI, the Professional Association of Dive Instructors and DAN, the Divers Alert Network. 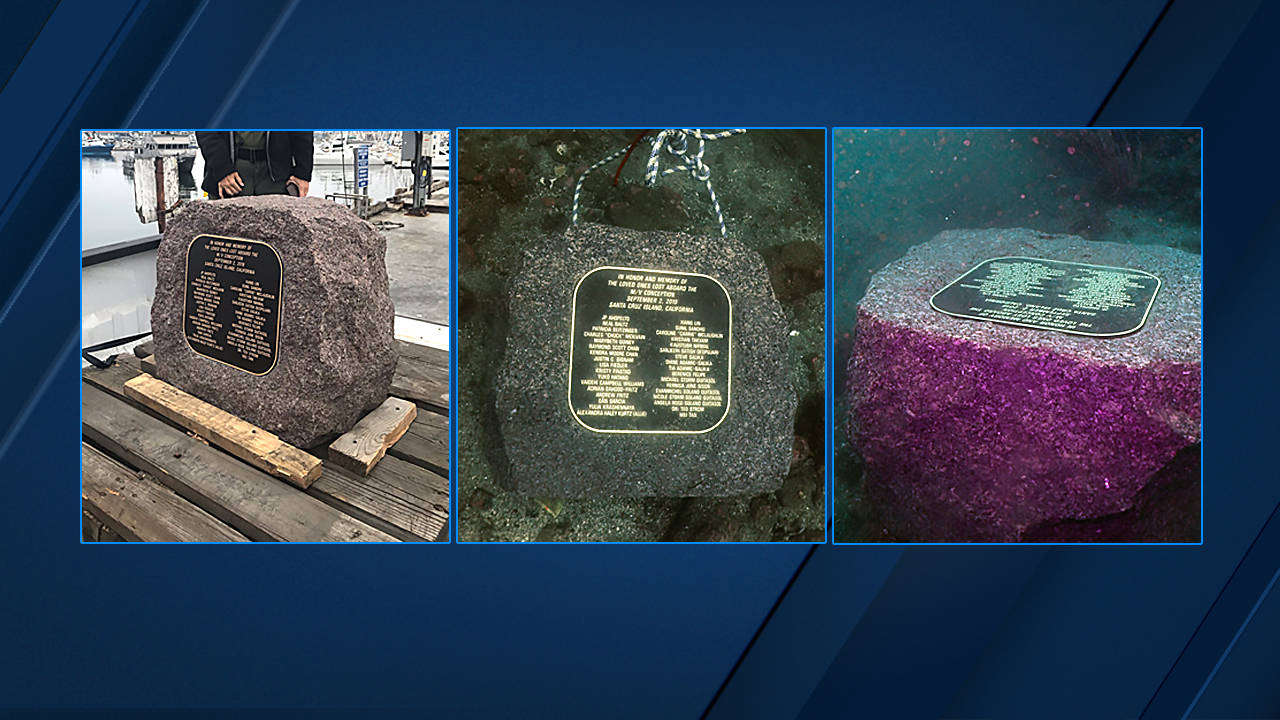