Kyle Rittenhouse's trial has begun. These are the 3 men he shot 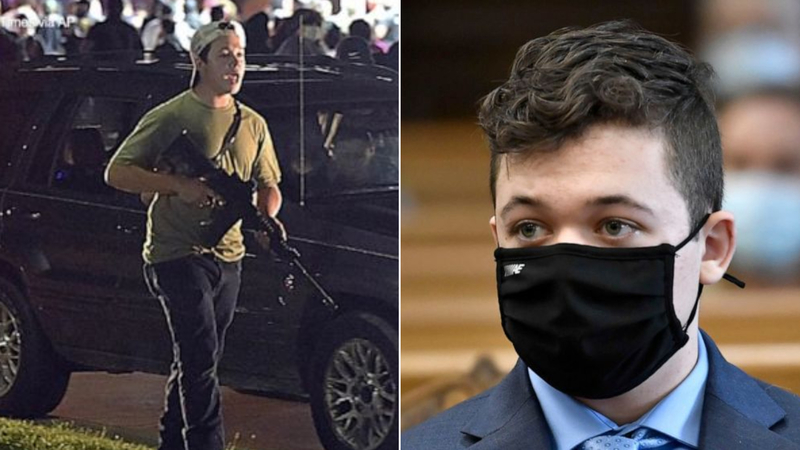 Last week, Kenosha County Circuit Judge Bruce Schroeder said the three men can potentially be referred to as "rioters" or "looters" during the trial but reiterated his longstanding rule that attorneys not refer to them as "victims."

Rittenhouse is charged with felony homicide related to the killings of Huber and Rosenbaum and felony attempted homicide in connection with Grosskreutz's injury. He is also charged with possession of a dangerous weapon while under the age of 18, a misdemeanor. He has pleaded not guilty.

Here's what we know about the two men killed and the sole survivor of the shootings.

On the night of August 25, 2020, Kenosha's streets were filled with crowds protesting the police shooting of Jacob Blake, who was shot seven times in the back and side by a Kenosha police officer who said he was trying to detain him.

During those demonstrations, Rittenhouse clashed with a crowd gathered near a car dealership and Rosenbaum, who was unarmed, threw an object that appeared to be a plastic bag at him and missed, according to a criminal complaint filed last year. Rosenbaum and Rittenhouse moved across the parking lot and appeared to be close to each other when loud bangs suddenly rang out and Rosenbaum fell to the ground, the complaint said.

A reporter approached Rosenbaum, who was on the ground and tried to render aid. As Rosenbaum lay on the ground, Rittenhouse made a call on his cellphone and said, "I just killed somebody" as he ran away, the complaint alleged.

Rosenbaum battled bipolar disorder and was homeless, according to the Washington Post, which reported he had been discharged from a hospital earlier in the day after a suicide attempt. He had spent more than a decade in prison in Arizona after being convicted of sexual conduct with a minor. 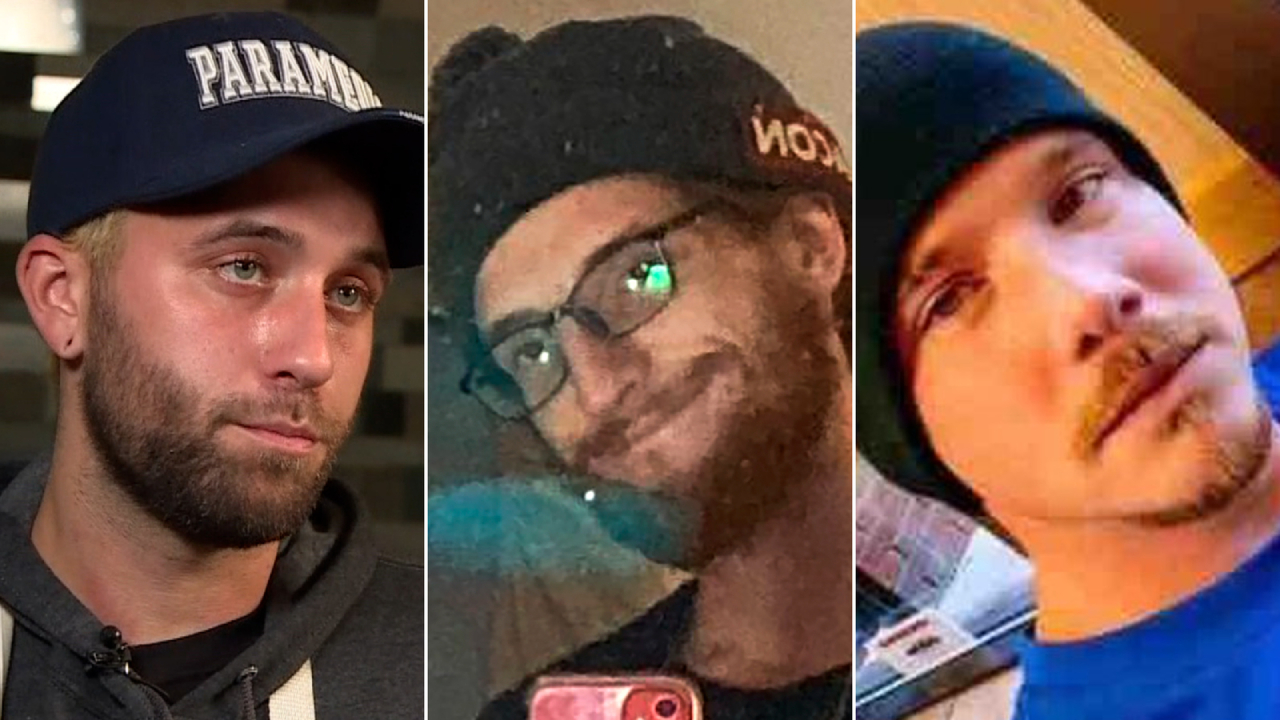 He was not part of the protesters nor the groups of armed men who were also there, the Post reported. He had briefly visited his fiancée after being discharged, to whom he proposed the previous winter in the middle of a busy sidewalk. It was just who he was, she told the Post, "He'd make you laugh out of nowhere."

"He wasn't down there as a rioter or a looter," Rosenbaum's fiancée told the Post in reference to August 25. "Why was he there? I have no answer. I ask myself that question every day."

A verified GoFundMe page that raised more than $25,000 last year said Rosenbaum had a daughter.

Huber, who was in the crowd of protesters with his girlfriend, was killed as Rittenhouse fled the scene of Rosenbaum's shooting, according to the complaint.

Huber had turned 26 just four days earlier, according to an obituary.

Huber spotted the armed man in the crowded street and he ran toward danger, his girlfriend, Hannah Gittings, told CNN in an interview last year.

"He pushed me out of the way and ran off. I tried to grab him," Hannah Gittings said. She referred to what Huber had done as a "heroic thing."

Videos from the scene show Rittenhouse carrying an AR-15-style rifle, walking the city's streets with a group of armed men. Gittings told CNN her boyfriend launched at the armed individual to protect her and other people nearby.

Huber appeared to reach for Rittenhouse's gun with his hand while holding his skateboard in the other, the criminal complaint said. As Huber tried to grab the gun, Rittenhouse pointed it at his body and fired one round, according to the complaint. Huber was seen staggering away and then fell to the ground, the complaint said. He died from his gunshot wound.

Huber was "completely indescribable" and stood by his beliefs and convictions, Gittings said last year.

"He was an incredibly intelligent person, literally the smartest person I've ever met," Gittings said. "He knew exactly what was at risk for him chasing down somebody with a weapon."
EMBED More News Videos

Huber was born and raised in Kenosha, said Anand Swaminathan, an attorney for his family.

"He loved Kenosha," Swaminathan said. "In the years leading up to this event he was making a good life and he was having fun and he was happy and he was trying to do the most he could with himself."

Huber struggled with mental health challenges when he was younger and skateboarding was among the things that brought him the most joy. He had found a community of people in Kenosha who shared the same passion, the attorney added.

People who talk about Huber talk about "a kid who wanted to help people," the attorney added.

"His family feels like that nature in him is part of why he took the actions he did that night, he wanted to help, he wanted to stop this person," he said.

In a statement to local news station WITI a month after Huber's killing, his family called him a "hero."

"He was always quick to help friends, family, and neighbors in need, and so it was no surprise to us to learn that Anthony came to the aid of others on August 25," the statement said. "While we miss him dearly and wish none of this had happened, we are very proud of him."

Huber's father filed a federal lawsuit in August 2021 accusing Kenosha authorities of deputizing the armed people who were patrolling the streets and conspiring with them, alleging their actions "directly caused" Huber's death.

"Defendants' open support of and coordination with the armed individuals in the minutes and hours before the shootings deprived Anthony Huber and the other protesters of the basic protections typically provided by police," the lawsuit claims. "It was a license for the armed individuals to wreak havoc and inflict injury."

CNN has reached out to Kenosha police, the city of Kenosha and a representative of the county. The Kenosha County Sheriff's Department declined to comment.

He put his hands in the air and then began to move toward Rittenhouse, who then fired one shot, hitting Grosskreutz in the arm, according to the complaint. Grosskreutz was holding a handgun but had his hands up, the complaint says.

Grosskreutz ran away from the scene, screaming for a medic, according to the complaint.

"I think about the screams, about the gunshots. I think about everything, all the time," Grosskreutz told CNN's Sara Sidner in a September 2020 interview. "This is something that either you let consume you or you need to become stronger because of it."

Grosskreutz was wearing his "paramedic" hat at the time. He said his goal during the protest was to provide medical care to anyone who needed it. He had previously trained as a paramedic before deciding to attend a liberal arts college in Wisconsin.

"While my work as a paramedic was important to the community I felt it was reactive: somebody gets shot, somebody overdoses," he had told CNN. "I wanted to further my understanding of the world and further educate myself and then be on the proactive side. Stop people from getting shot, stop people from overdosing."

Since the shooting, he had to undergo several surgeries and treatments.

"I'm missing 90% of my bicep," he said last year. "This has not been easy emotionally, physically. I'm in constant pain, like excruciating pain that just doesn't go away -- both in my arm, in my heart."

Last month, Grosskreutz also sued the city and county of Kenosha and many of its officers alleging "Kenosha law enforcement officers and white nationalist militia persons discussed and coordinated strategy" that led to the shooting. The lawsuit said Grosskreutz had a tourniquet in his medic bag the night he was shot, adding "but for his training as an EMT, Grosskreutz would have likely been Rittenhouse's third killing."

CNN reached out to the former police chief, the city of Kenosha and its police department. An attorney representing the Kenosha County sheriff and the county said they plan to file a motion dismissing the case.

Grosskreutz said while he was also armed during the night of the protest, he did not fire his weapon.