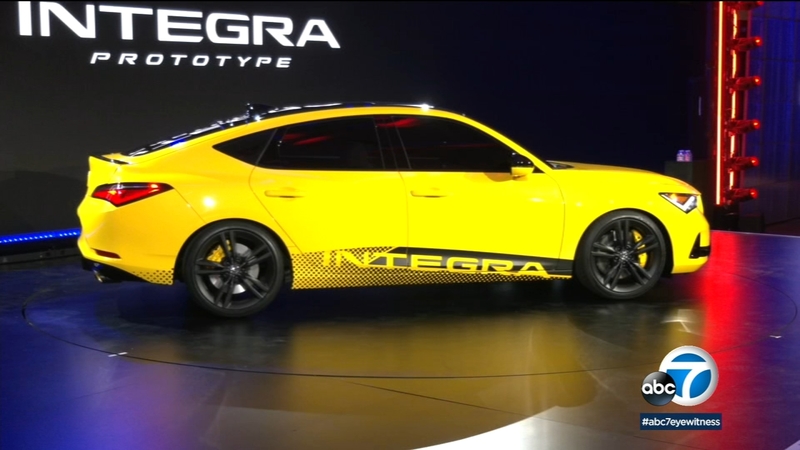 A name from the past will be on a vehicle arriving in the near future. Acura is returning the Integra to showrooms, one of the two vehicles that were there when the brand started back in the '80s.

"To bring the Integra back is just huge for us, because it's just got such good memories for everybody back in the day. And so yeah, we're really excited about having this car back in our lineup," said John Ikeda, vice president of Acura.

Officially the car unveiled in Los Angeles recently is called a prototype, but a production version will arrive next year for a starting price of $30,000.

The Integra was loved by many and was part of Acura up until the early 2000s. Other compact models came along with different names, but the name Integra still resonates.

Another name from Acura's past has returned too: Type-S. This sporty version of Acura models served the brand well years ago, and now it's back on the TLX sedan, MDX SUV and NSX super-car. Sporty flair for a brand built on sportiness.

"Precision crafted performance. You know, we're a performance-focused brand, that's where we've come from, and so yeah, we had to get that back in our lineup," noted Ikeda.

Acura was the first Japanese premium brand in the U.S., launched by Honda back in 1986. And they've now got 35 years of heritage behind them, so the rebirth of the Integra name will be honoring that heritage.

Infiniti, Nissan's premium brand, came along a few years later and it too is honoring its past with a series of short films called Infiniti Origins, narrated by Dean Leathers, who was there at the beginning on the marketing end.

Remember the Q45 sedan? That was Infiniti's flagship at launch, and its early development is part of the film series, but it's been gone for a while. Does Infiniti plan to bring the Q45 back? Probably not, but they say they are focused on the future today, just as they were more than three decades ago.

The Integra is definitely coming back as an entry into the Acura brand. People who owned and loved an Integra years ago could really welcome this revival. Or, maybe suggest it as a great car for their now-grown sons or daughters.

What do most people go to the L.A. Auto Show to see? Pickups! And for the 2022 model year, there are new choices from large to small.