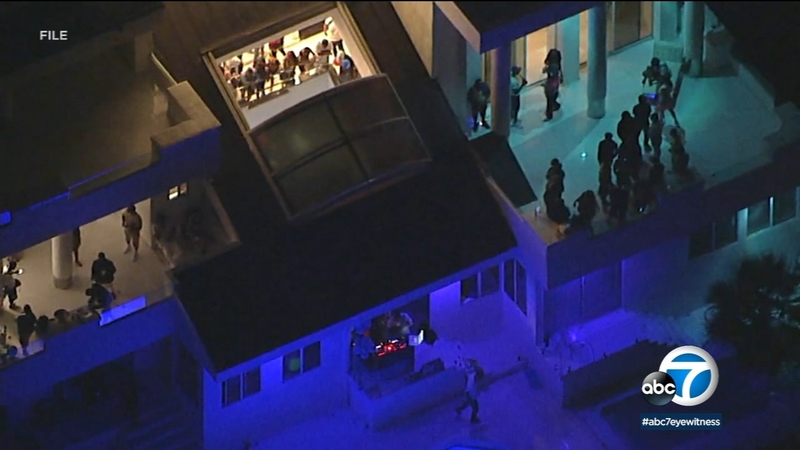 LOS ANGELES (KABC) -- Criminal charges were filed in connection to recent parties in the Hollywood Hills that were held despite a city ban on large gatherings during the coronavirus pandemic.

Los Angeles City Attorney Mike Feuer, who describes the parties as "havoc in the Hills," announced the crackdown Friday morning.

The charges center around two parties, one held on Aug. 8 and another on Aug. 14, which reportedly drew hundreds of people and was held on Hall's birthday.

"We allege these hosts have been incredibly irresponsible, with a highly infectious disease spreading and parties banned because of it, and we allege they violated the law," Feuer said during a press conference.

Mayor Eric Garcetti last week authorized shutting off utility service at a home in the Hollywood Hills that he said has hosted several large parties in violation of health orders.

Garcetti announced earlier this month that homes where parties are hosted are subject to potential utility shutoffs, particularly after repeated violations.

His announcement came after a large house party was held at a mansion on Mulholland Drive on Aug. 3, which ended in a deadly shooting.

The homes aren't usually owned by the people who throw the parties so the LAPD issued a warning to homeowners.

"Should you decide to utilize your home as a short-term party rental, you can be cited, you could see criminal filings against you and you could have your utilities shut off for the remainder of the emergency order," said Capt. Steve Lurie on a video posted on the department's Twitter page.

Health officials and city leaders have described the large parties as "super-spreaders," where the risk of coronavirus spreading is high.

If found guilty, those charged face fines up to $2,000 and a year in jail. Officials added that while jail time is not likely, it would show up on their criminal records.