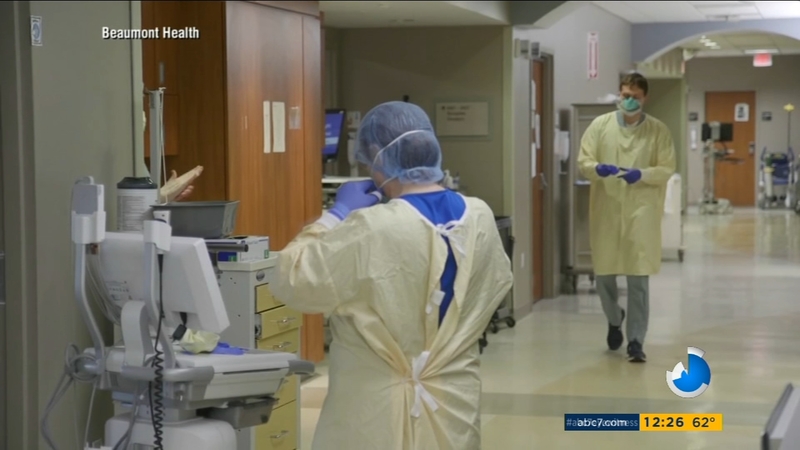 LOS ANGELES (KABC) -- As the rollout of the coronavirus vaccine continued on Thursday, Los Angeles County again reported a grim series of numbers including 14,418 new cases and 102 deaths.

According to the Department of Public Health, 20% of the 4,864 people hospitalized with COVID-19 countywide were in the ICU.

Meanwhile, the rollout of Pfizer's COVID-19 vaccine continued after it was received by nine pre-designated sites across the county. The initial allocation was being used to vaccinate frontline health care workers ahead of an expected second shipment of Pfizer's vaccine next week.

In a statement, the health department expressed hope that a second vaccine, manufactured by Moderna, soon will receive emergency use authorization by the Centers for Disease Control and Prevention.

Thursday's new data was released hours after California officials announced that the Southern California region's ICU capacity had dropped to 0%.

California also reported a staggering 52,000 new cases in a single day - equal to what the entire U.S. was averaging in mid-October - and a one-day record of 379 deaths. More than 16,000 people are in the hospital with the coronavirus across the state, more than triple the number a month ago.

The ICU capacity in the 11-county Southern California region has dropped to 0% amid a dramatic surge in coronavirus cases, officials said.

In light of such numbers, a coalition of labor unions is calling on county leaders to enact a monthlong shutdown that would include curfews and the temporary shuttering of non-essential businesses.

Proponents of the plan, and some county supervisors, say it would only work if workers and businesses are paid to offset the economic losses.

"What we're doing is just not working," said Kurt Peterson of Unite Here Local11. "So we need to follow the science, we need to look at places where they've been more successful. In doing so, those places are places that have locked down for a certain period of time in order to get the virus under control."

Hospitals across California have all but run out of intensive care beds for COVID-19 patients, ambulances are backing up outside emergency rooms, and tents for triaging the sick are going up as the nation's most populous state emerges as the latest epicenter of the U.S. outbreak.