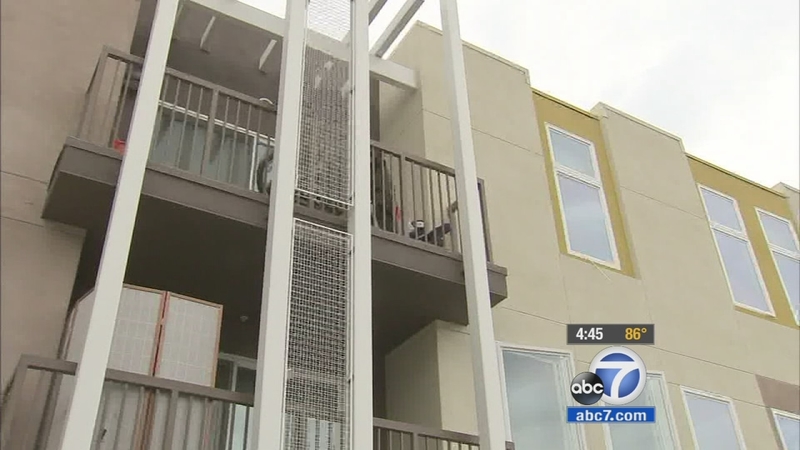 LOS ANGELES (KABC) -- The demand for affordable housing can be counted by the tents lining Los Angeles streets and the number of people who live inside them.

"I can't work. I am disabled. I'm on SSI right now, social security... but it is not enough to pay the rent," says one man camped on the bridge over the 101 Freeway. He lost his job as a forklift operator a year ago.

Another man named Mike wonders if he will ever get out of transitional housing.

"It is the wages. They need to be brought up," he says as he collects recyclables from a trash can. He has some college education, but got in trouble with the law.

A study just released by the Economic Roundtable agrees. It identifies two trends in the last 15 years which have created a housing crisis.

"While rental prices have increased nearly 30 percent, at the same time, the incomes of the lower income households have declined 7 percent," says Matt Schwartz, President and CEO of the California Housing Partnership.

What's needed, he says, is more affordable housing like the Larry Itliong Village in historic Filipinotown.

Tenant Ana Gomez says she obtained a three-bedroom unit here and pays $980 per month. Her previous dwelling was a one-bedroom for $1,400. That was a squeeze for her four children as Gomez worked two jobs.

The report says 13,000 people are forced into the street each month in Los Angeles County because of housing costs.

The demand for affordable units is staggering.

"We know that we have a need to somehow deliver 500,000 more affordable homes here. That is amazing," Los Angeles County Supervisor Hilda Solis said.

Officials blame state and federal funding cuts. They have dropped by 65 percent since 2008.

"Anytime property owners are granted a valuable increase in what they can build, they should also be required to develop affordable homes," Solis said.