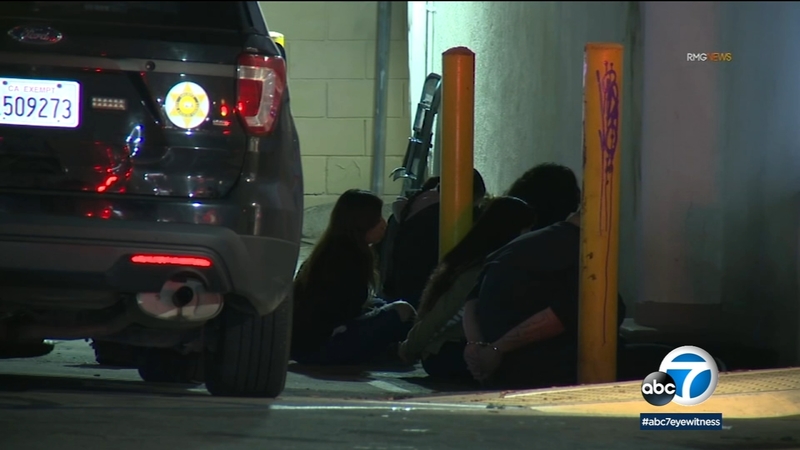 HACIENDA HEIGHTS, Calif. (KABC) -- Loud flash bangs, sirens and a helicopter filled the air Wednesday night in Hacienda Heights during what investigators with the Los Angeles County Sheriff's Department called a bust of an illegal gambling operation they stumbled into.

From outside, the retail front appeared to be an empty space in the shopping center near the corner of Gale Avenue and S. Hacienda Boulevard, but an Eyewitness News crew saw what looked like arcade machines through a slightly cracked door Thursday morning.

According to detectives with the sheriff's department, just before 9 p.m. Wednesday night, a deputy saw a man give a woman a handgun and tried to detain the two when the woman ran into a building and locked the door.

Deputies surrounded the area and after several announcements said they convinced the woman to come out, but she wasn't alone.

Detectives said 11 other people exited the building. That's when deputies said they searched inside and discovered an illegal gambling casino.

They also said they confiscated that handgun from earlier and a sawed-off shotgun.

Deputies said they arrested everyone involved and one of the 11 in the building was cited and released. The man who was first seen giving the woman the firearm was booked for a weapons charge and possession of methamphetamine for sale.

Detective Wayne Countryman with LASD said this was an example of how an apparently small problem may be indicative of a larger issue in a community.

People working throughout the shopping center were reluctant to go on camera.