A GoFundMe page for two Los Angeles County sheriff's deputies who were brazenly shot while sitting in a patrol SUV at a Compton Metro station has swelled to over $300,000 in donations.
KABC
By Marc Cota-Robles 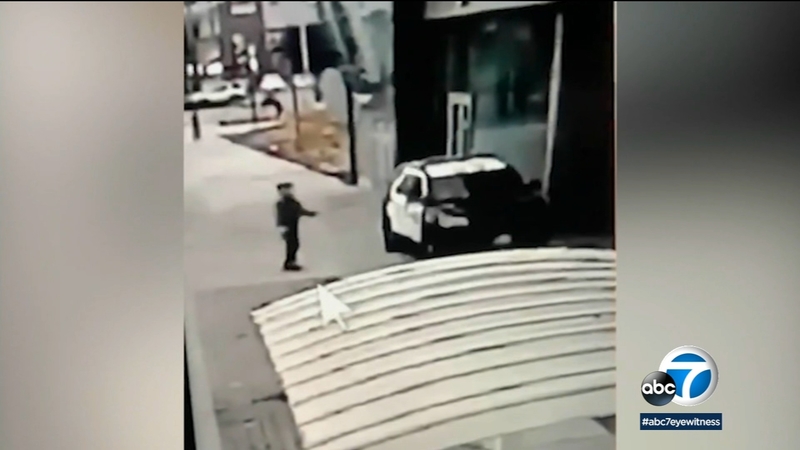 COMPTON, Calif. (KABC) -- A GoFundMe page for two Los Angeles County sheriff's deputies who were brazenly shot while sitting in a patrol SUV at a Compton Metro station has swelled to over $300,000 in donations as a reward for information leading to the arrest and conviction of the suspect increased to $200,000.

The deputies, members of the Transit Services Bureau, remained hospitalized in critical condition, but Sheriff Alex Villanueva was hopeful Monday about their prognosis.

"Fortunately, they were spared any injury to a vital organ that would have jeopardized their life immediately,'' Villanueva told KNX Newsradio.

As of Tuesday morning, no suspects have been identified, despite some online social media chatter to the contrary. The sheriff's department issued a statement early Monday saying the information circulating online "is ERRONEOUS information and there are no named or wanted suspects at this time.''

Villanueva told KNX that investigators are "working day and night to identify and arrest these cowards,'' referencing the gunman and a possible getaway driver.

The county is offering a $100,000 reward for information leading to the gunman. The Board of Supervisors is expected to formally ratify the reward offer at its meeting Tuesday. Villanueva, in a Monday afternoon appearance on KABC radio, said two private donors stepped up to increase the reward offer to $175,000.

The Los Angeles County Metropolitan Transportation Authority announced Monday afternoon it is adding $25,000 to the reward, noting that the deputies were working for Metro's Transit Services Bureau at the time of the shooting.

Villanueva challenged Lakers star LeBron James, who has been outspoken on social-justice issues and in support of the Black Lives Matter movement, to double the reward offer.

MORE: LeBron James speaks out after Wisconsin police shooting: 'We are scared as Black people'

Inspector General Max Huntsman is opening an investigation into the incident.

Anyone with information was encouraged to contact the Sheriff's Department's Homicide Bureau at 323-890-5500.