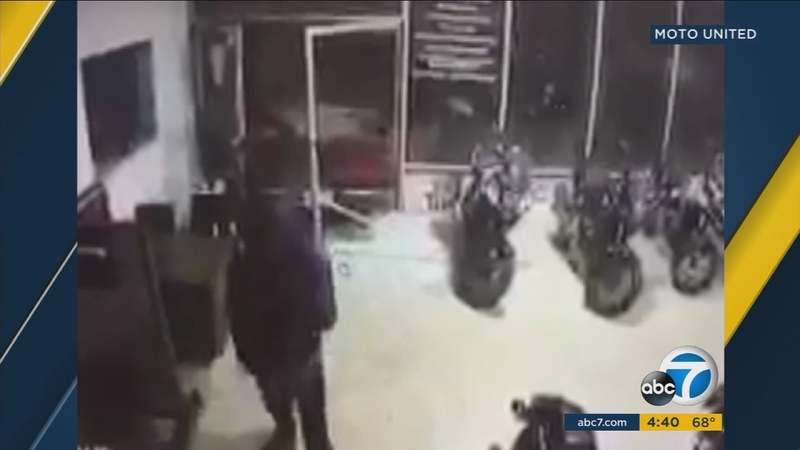 Police said the theft started at about 1 a.m at the Moto United motorcycle dealership in La Habra. There were four suspects involved with two cars, a Buick La Cross being used as a lookout vehicle while the U-Haul was used to load up four bikes, according to officials.

Authorities said a witness called 911 and followed the suspects until officers arrived and began to chase the thieves.

Police chased the suspects until the pursuit ended in Watts. Authorities said the driver of the U-Haul and his passenger took off on foot and left the dirt bikes in the U-Haul.

Officials said 18-year-old Dajohn Alexander was taken into custody, but they were still looking for his unidentified passenger.

In Whittier, officers arrested 18-year-old Tyron Jennings and a 17-year-old passenger in the Buick La Cross.

All of the stolen bikes were recovered, which came as welcomed news to the motorcycle dealership.

The owner of the dealership, Chase Smith, said he was glad the thieves were caught. He added that this isn't the first time his business has been burglarized.

"We've had a few break-ins over the last two years," he said. "Most recently, someone drove a truck through our door."