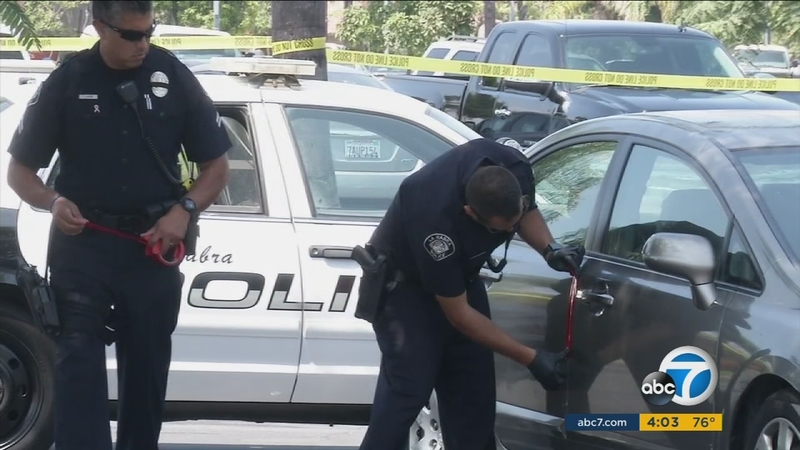 LA HABRA, Calif. (KABC) -- An investigation is underway after the body of a woman was found in a car parked at a popular shopping center in La Habra on Friday.

A concerned citizen, who had been walking a dog near a movie theater in the 1300 block of West Imperial Highway, flagged down a patrolling police officer around 7:45 a.m. after seeing the unresponsive woman in a four-door Honda Civic.

The La Habra Police Department said the woman was found dead in the front seat of the car, but it was unknown whether she was on the driver's side or passenger's side.

She was later identified as Megan Corinne Sterling, 34, of Sierra Madre. An autopsy is scheduled for Monday.

There were no obvious signs of trauma on her body, said police Sgt. Jose Rocha.

According to authorities, the car appeared to have damage on its left side and on the front passenger-side bumper, but it's not clear how that relates to the woman's death.

The cause of the her death remains unknown, but investigators said they are treating the death as suspicious until they learn more information.

"It's suspicious because of the fact that she's a young female," Rocha told reporters at the scene. "It's not every day that someone's found dead in a parking lot, so we have to treat it as such until we can determine otherwise."

After investigators processed the sedan, it was towed from the location on a flatbed truck.

"The detectives are still following up with the (woman's) family," Rocha said. "We have more questions than answers at this point."

Harlin Strawn, of Whittier, was among the onlookers at the shopping center who were unnerved when they learned of the discovery.

"It's kind of scary to think that they found a dead body and it's in La Habra," Strawn said. "It's such a quiet little town."