The California Attorney General's Office has refiled sex-related charges against the leader of a Mexico-based evangelical megachurch,
KABC 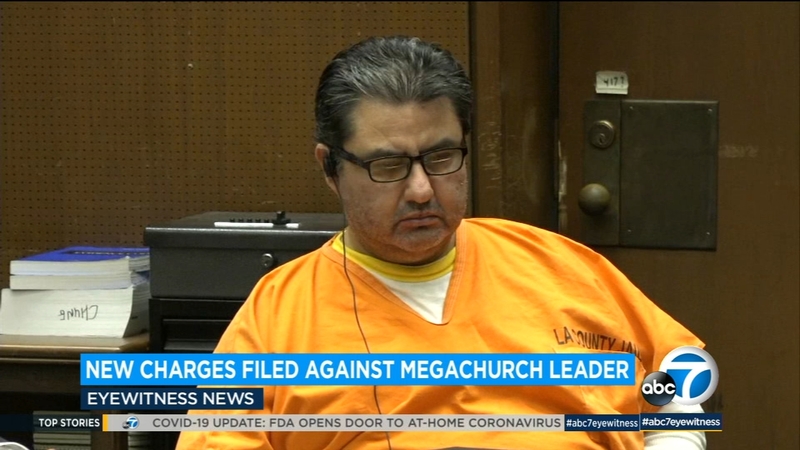 The California Attorney General's Office has refiled sex-related charges against the leader of a Mexico-based evangelical megachurch,

The Los Angeles Times reports the six new charges come nearly four months after a state appellate court panel ordered the case against him to be dismissed on a technicality.

Naasón Joaquin Garcia, the 51-year-old leader of La Luz del Mundo and self-proclaimed "apostle," was ordered to be jailed in lieu of $50 million bail bail.

He has been behind bars since June 2019 after his arrest by Los Angeles Airport police.

The latest case charges him with a total of 23 felony counts, including forcible rape of a minor, forcible oral copulation of a person under 18, unlawful sexual intercourse, lewd act on a child, extortion, conspiracy and possession of child pornography.

He is expected to appear in court next week.