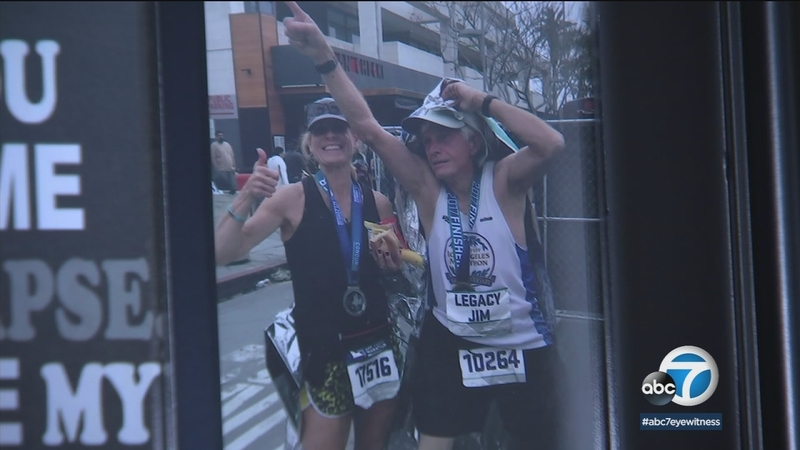 When it comes to the LA Marathon, not much has changed over the years.

It's still 26.2 miles, it's still open to anybody who pays the entry fee, and it's still the place you'll find James Smith plying the course.

"I know it sounds stupid, and it is," he jokes. "It's not the most intelligent thing I've done in my life."

That's because while most runners do one LA Marathon, Smith has done them all.

"I just stuck to it," he said. "I've been running since 1972 and done probably in excess of 100 marathons and this will be the 33rd LA marathon that I've done."

It's probably important to note that Smith turns 81 next week.

The retired Orange County Superior Court judge used to do as many as seven marathons a year, but these days he only does the LA run.

Unwilling to surrender his status as a legacy runner, one of roughly 140 people who've finished every LA Marathon.

"I sometimes wish I had missed one early on so I wouldn't have to think about keeping on the tradition type of thing, but I didn't, and it's good for me," he said.
However, it nearly killed him in 2011 when he fell and hit his head near the 22-mile marker.

Still he finished, stubborn as ever, as his wife Judy would attest.

James would tell you she's in the middle of an even more grueling marathon.

"Fifty-seven years she's put up with me," he said.

She'll have to put up with at least one more marathon -- a victory for Smith not measured by a stopwatch but by the finish line.

"I don't care if I have to time myself with a calendar," he said. "I just want to finish it."

Thousands of runners are preparing to hit the pavement for Sunday's LA Marathon.