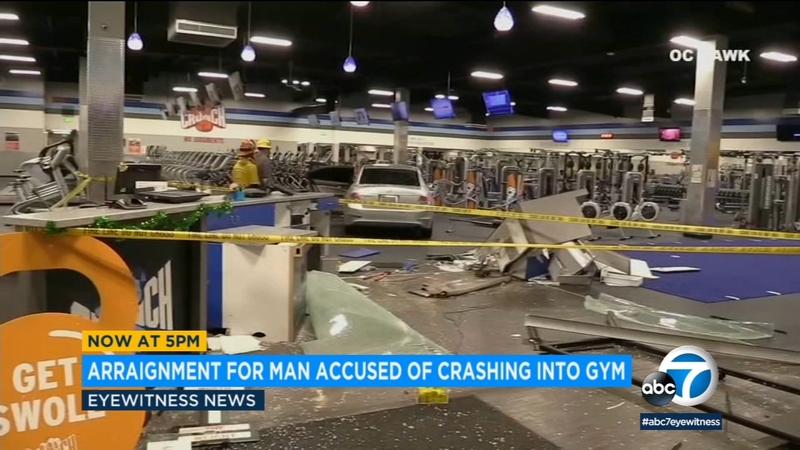 LA MIRADA, Calif. (KABC) -- A man accused of intentionally crashing a car into the Crunch Fitness in La Mirada because of a canceled membership has pleaded not guilty to a charge of attempted murder, officials said Thursday.

Sergio Gabriel Reyes, 32, of Whittier was arrested shortly after the crash Tuesday. Authorities say he deliberately smashed a stolen car into the gym in the 12800 block of Valley View Avenue around 2 a.m. Tuesday.

The gym was open at the time but no injuries were reported. One gym employee was seen scrambling to safety seconds before the Honda came barreling through the front glass of the building and into the front counter.

A driver was arrested after a stolen car slammed into a 24-hour gym in La Mirada, sheriff's investigators said.

A gym employee said Reyes' membership had been canceled due to his alleged stalking and harassment of female members.

Reyes is due back in court on April 5.