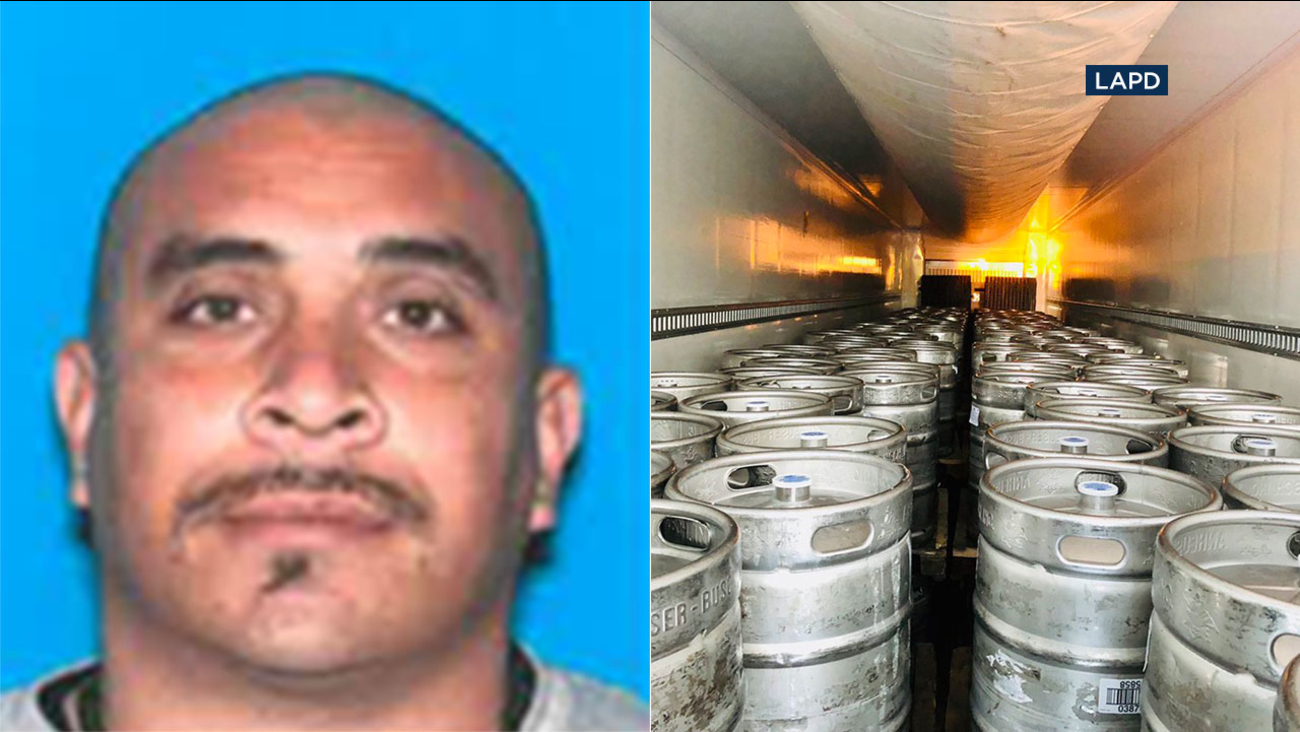 Jose Rodriguez is sought as a person of interest after police say a semi-truck with several beer kegs, pictured on the right, went missing. (LAPD)

Police are seeking to locate Jose Rodriguez, a person of interest in the case. Rodriguez is alleged to have been hired to pick up a truckload of beer in Van Nuys, but never returned the beer or the semi-truck to the owner of the delivery company in Turlock, California.

A tip led to the location of the semi-truck in the West San Fernando Valley on Sunday, and several beer kegs were found, according to the Los Angeles Police Department.