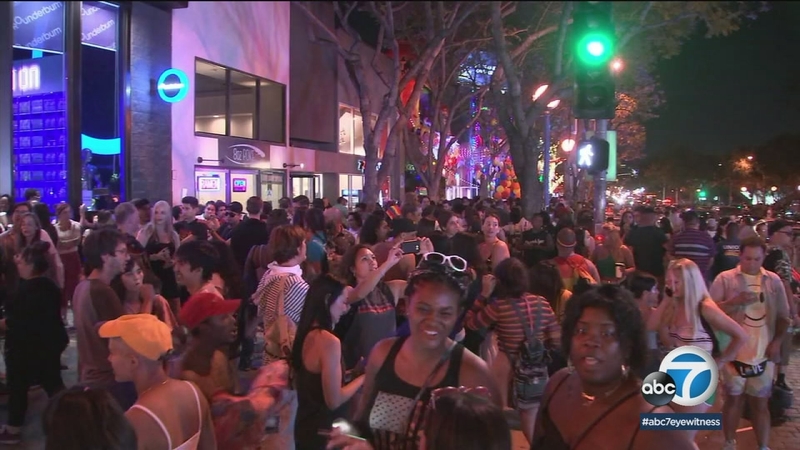 LA Pride event sells out for 1st time, people turned away at gates

WEST HOLLYWOOD, Calif. (KABC) -- Thousands of people lined up in anticipation to join the fun at the L.A. Pride Festival in West Hollywood, but many of them were turned away at the gates because the event sold out Saturday night.

The massive party attracted around 40,000 people, who enjoyed entertainment on three stages.

"We are sold out. We are sold out for the first time in L.A. Pride's history and I think that just goes to show the enthusiasm of being in safe spaces, spaces that embrace you for who you are," said Estevan Montemayor, president of L.A. Pride.

Some people took to social media to complain about the sold out event and even the L.A. County Sheriff's Department helicopter flew overhead to announce that no one else would be allowed in.

People who weren't allowed into the festival also included those who purchased tickets ahead of time.

The crowds of people still waiting to get in appeared to get a little rowdy as there were reports of rocks and bottles being thrown, but authorities said no arrests were made.

This year's theme for the celebration is "Just Be."

"I'm straight, but I have a lot of gay friends. I just love everyone's so free and loving and open and just accepting. It's just incredible," Stefanie Beaton said.

In response to the incident, the L.A. Pride Twitter account issued a statement that those who had tickets for Saturday could exchange it for a Sunday ticket. Those who had unscanned wristbands could also come back Sunday.