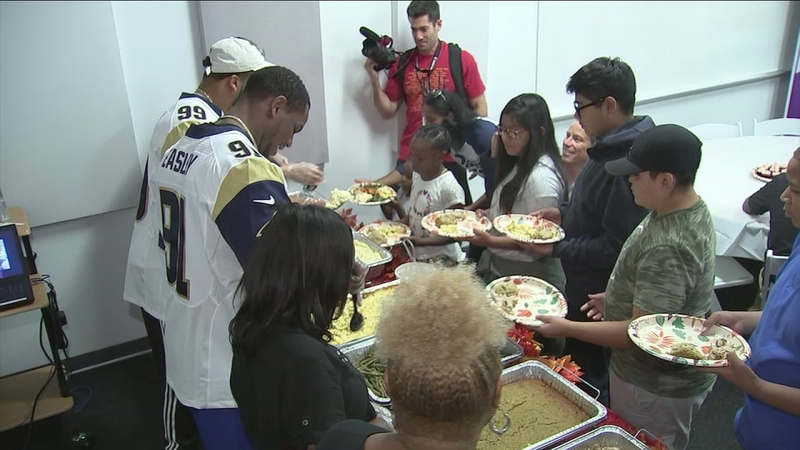 "I grew up with a single mom who worked three jobs. We never had a big Thanksgiving," said Easley.

Tuesday is a normal day off for players.

However, these two Rams defensive players partnered with Big Brothers, Big Sisters and the Salvation Army to serve 30 disadvantaged families at the Goodwill store at 3150 N. San Fernando Road in Los Angeles.