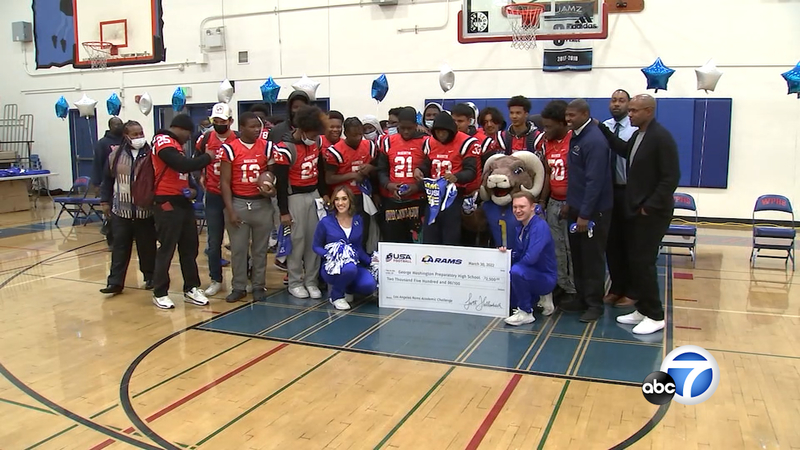 WESTMONT, LOS ANGELES (KABC) -- This week, the Los Angeles Rams hosted an assembly at Washington Prep High School in Westmont to celebrate the varsity football team for being one of the two winners of the 5th annual L.A. Rams Academic Challenge.

The challenge is to have LAUSD football teams compete against each other in the classroom, not the field, as they strive for academic performance.

"I am actually glad they came out to support us and stuff for education because we have been working hard for that," said Corey Thomas Jr., a Washington Prep student.

Ram's legend Todd Lyght was a part of the celebration at Washington Prep and gave the team a speech, encouraging them to pursue success in the classroom.

"You know, you can't be an athlete without being a student first. I think this group knows the importance of that. And I am thankful the Rams came out to celebrate this group," said Lyght.

The message of this challenge: LAUSD athletes are students first and athletes second.

"I think it was inspirational. Like he came to Washington to tell his journey and how he made it," said Tonajai Webster, a Washington Prep student. "I think that was really cool."