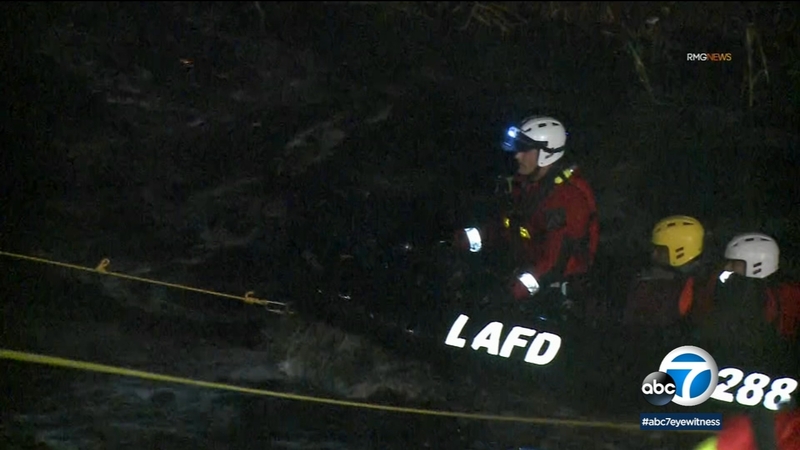 2 rescued from LA River after becoming stranded amid rain storm

ATWATER VILLAGE, LOS ANGELES (KABC) -- Two people who became stranded in the Los Angeles River in Atwater Village were rescued early Monday morning as the first big storm of the season dropped rain across the region.

The dangerous situation was reported at 2:26 a.m. in the L.A. River just south of Glendale Boulevard, according to the Los Angeles Fire Department.

A passerby had called for help after discovering the man and woman surrounded by fast-moving storm water on a small island in the river, where officials say is at or near where they apparently lived.

A winter thunderstorm is hammering the Southland and lighting up the sky, with significant rain expected Monday, along with snow in the mountains and high surf at the beaches.

A Swift Water Rescue team tethered an inflatable rescue boat to a secure area and brought the people to safety in 65 minutes while an LAFD helicopter searched the area to make sure no other people or pets were in danger, authorities say.

The rescued people declined transport to a hospital and were released at the scene.