The fire was reported around 3:20 p.m. burning in medium-to-heavy brush, with winds estimated at 5-10 mph.

La Tuna Canyon Road was closed to traffic but the 210 Freeway remained open, even as heavy smoke poured out above the roadway.

Within an hour, firefighters had stopped the forward spread and had most of the flames under control. No injuries or structural damage were reported. Full knockdown was reported at 8 p.m.

Initial estimates put the damage at five acres, but that was later revised to three acres.

The cause of the fire is undetermined. 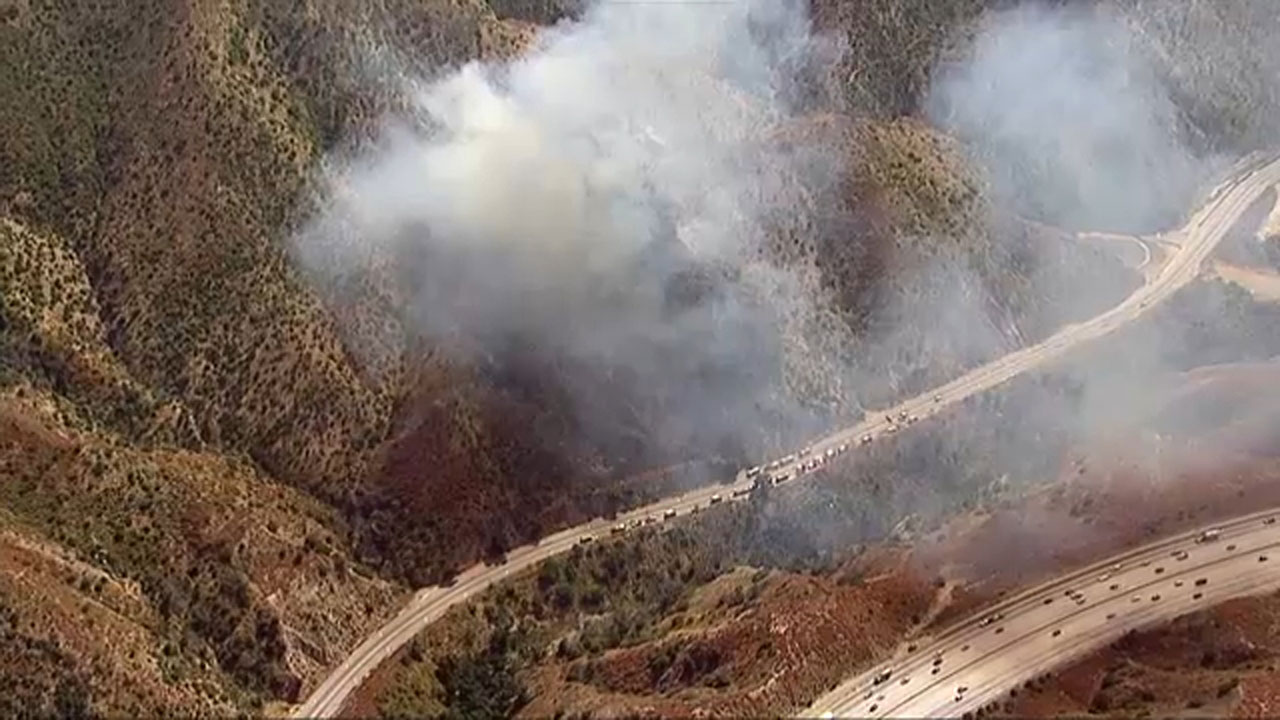 A brush fire was burning in La Tuna Canyon along the 210 Freeway.