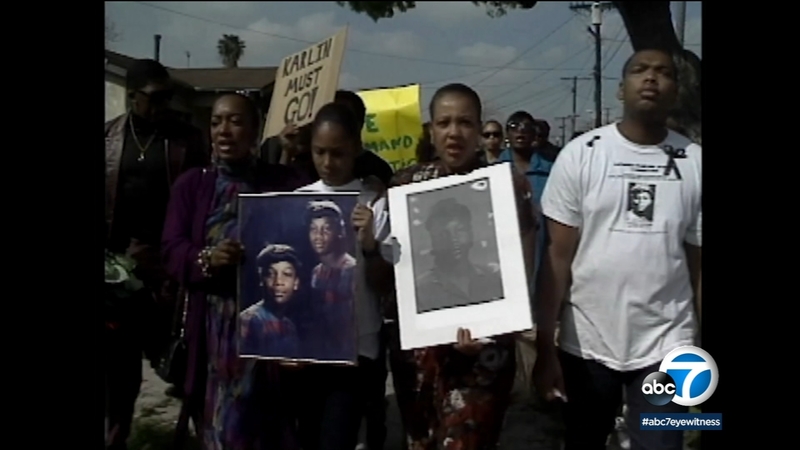 LOS ANGELES (KABC) -- As the 30th anniversary of the Los Angeles uprising approaches, many in the community are taking a look at lessons learned from that historic time.

Asian Americans Advancing Justice Los Angeles brought together many civil rights leaders working to build unity before, during, and after the 1992 uprising to discuss the role the press played in covering that moment, what preceded, and followed it.

She explained why they encourage journalists to avoid the term "riot" to describe the civil unrest that took place. "The term riots connotes just lawlessness, criminal activity, wrongdoing," she said, adding, "It doesn't do justice to what was a reaction to a moment of unfairness and injustice to the Black community."

The term Saigu is also used by many in Korean and Korean American communities. "It literally means in Korean, four, two, nine, because April 29 was the date that the verdict came down," she said.

"I think the conclusion I have is multiracial democracy really depends on media that is fair, accurate and avoids pitting one group against another unnecessarily," said Stewart Kwoh, president emeritus of AAJA-LA and co-executive director of the Asian American Education Project.

"The media framing of the Korean versus Black communities pitted these two communities against one another. Blacks were seen as burning down buildings and looting stores and Koreans were vigilantes on store rooftops with gun shooting down on the street," said Chung Joe.

Kwoh stressed those who were armed were in the minority. He created a curriculum that offers a more nuanced description of the precursors that led to the L.A. uprising, including the "not guilty" verdict in the police beating of Rodney King, the economic injustices in South Central L.A., and the killing of Latasha Harlins by a Korean business owner.

"The city and the county were not prepared to deal with these racial tensions," said Kwoh. "We were trying to create civic glue, so that we could bridge the differences and make the pie bigger. But I think that the media didn't cover that context," said Connie Rice, co-founder Connie of the Advancement Project and Urban Institute

"The issues around suicide that followed which didn't get covered in any media, you know, the issues of children having to give up their futures because they had to help their parents rebuild. All those people came through my office at one point or another and it was truly dispiriting," said Angela Oh, an attorney mediator and race relations expert working alongside fellow civil rights leaders at the time.

Jarrett Hill, president of the Los Angeles chapter of the National Association of Black Journalists stressed diversity across newsrooms is key. "Not just for the reporters, but for the editors, for the managers, for the directors for the general managers, the owners of the companies to have more of a reflection of the community because without that, we don't get the nuance that we've been talking about," he said.