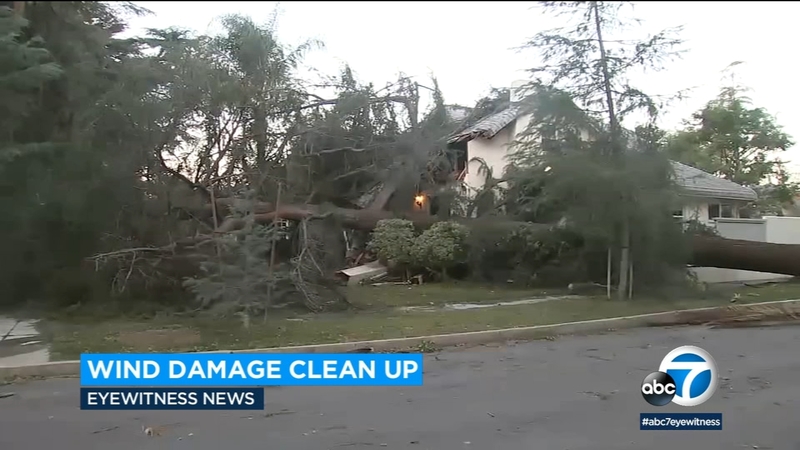 The gusty conditions had mostly subsided by Sunday morning, the day after one witness captured the falling of one of the decades-old pine trees on video.

No injuries were reported, but two of the trees landed on a structure at the park that is used for picnicking.

The uprooted trees at Kuns Park, located at 1600 Bonita Avenue, are said to be among the oldest in the city.

"All I can say is, I was really scared," said La Verne resident Ana Esqueda. "I've never been through anything like this before and it was kind of scary. I thought the roof was going to go off."

No estimate was given of when the park would be reopened.