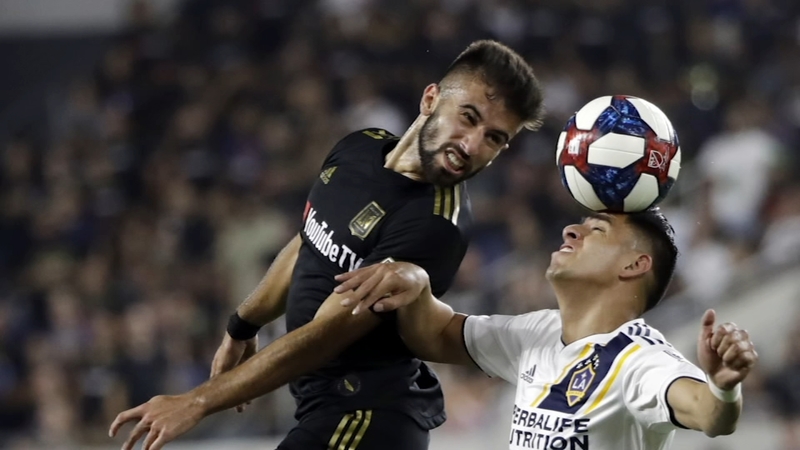 LOS ANGELES (KABC) -- It's the "futbol" playoff game most thought would never happen.

"You've got two big powerhouses, and two big-faces of the league," said LAFC midfielder Lee Nguyen. "On paper it's going to be a great game," he said.

That paper shows LAFC setting records for standing-points, tying the league record for goals and shattering the record for goal-differential. But Thursday's one-and-done format sends the loser home.

"If you watch the playoffs up to this point, you see that there is a sense of urgency, there is no second chance, there is no guarantee," said LAFC defenseman Steven Beitashour.

"It's exciting to be part of it," said LAFC Coach Bob Bradley.

He knows - they've never beaten the Galaxy. They've met five times, with the Galaxy winning twice and the other three games ending in a tie.

Slowing down the Galaxy's best player Zlatan Ibrahimovic is essential. When asked how to stop him, Bradly joked, "I'm not answering any of them."