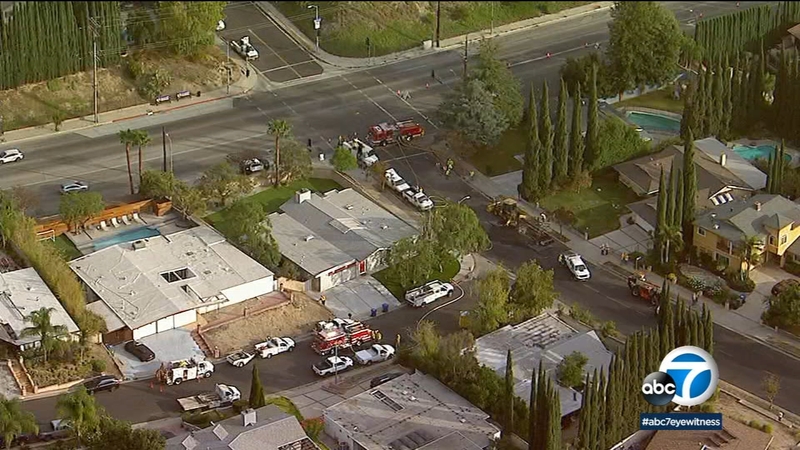 The incident happened after 2 p.m. in the 17000 block of West Westbury Drive, according to the Los Angeles Fire Department.

Firefighters responded to the scene while gas company crews worked to repair the leak, the LAFD said.

No structural damage or injuries were reported.