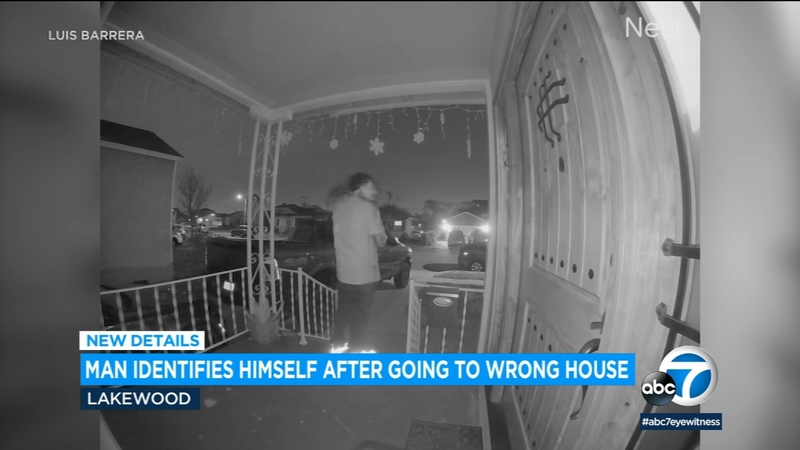 Man accused of following family cleared of wrongdoing by authorities

LAKEWOOD, Calif. (KABC) -- A man who was caught on surveillance video approaching a home in Lakewood Sunday night was cleared of any wrongdoing by authorities, saying their investigation revealed no crime was committed.

According to an update issued Tuesday evening, the man - who was not identified - visited a local sheriff's station after he saw the video circulating on TV news reports.

The Lakewood Sheriff Station said he identified himself to deputies and said he was at the home by mistake. He claims he was visiting a friend in the neighborhood.

Both the man and his friend spoke with authorities and fully cooperated with investigators, officials said.

The family living in the home shared video from their Nest security camera, which captured the man approach the front door moments after a mother entered the house, followed by her daughter, who was holding another child.

The man was seen checking to see if the door is locked. He then stays on the front porch for several minutes, before pacing back and forth on the sidewalk in front of the house.

The woman called her husband, who called 911.

The man who was questioned told Eyewitness News the incident was all a misunderstanding.