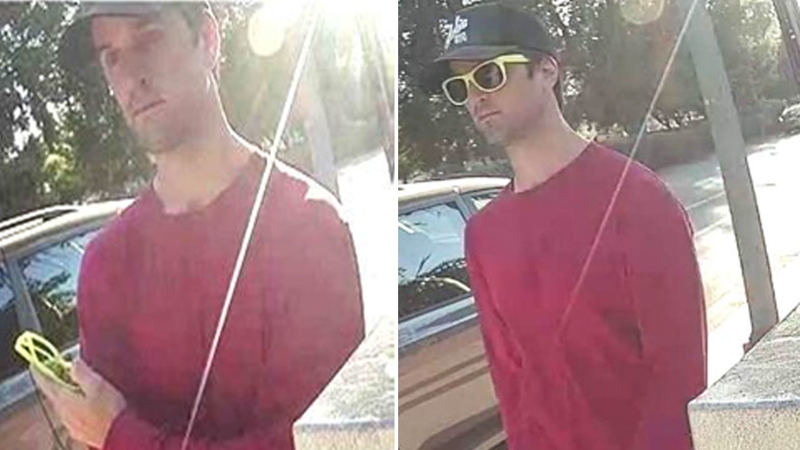 Authorities said the suspect was found at his home in Sherman Oaks Wednesday night and he wasn't cooperating with police. His name was not released.

Two of the victims were targeted on Yom Kippur, authorities said. The first victim, an 80-year-old woman, was walking along Bellaire Avenue near Burbank Boulevard when the male suspect, who appeared to be in his mid-20s to early 30s and had been following her for some distance, grabbed the wig from her head.

According to police, the suspect then smiled at the victim and handed the wig back to her, never saying a word. He then walked away.

Later on the same day, a 36-year-old woman was approached from behind by the same suspect while walking along Chandler Boulevard near Bellaire Avenue. The suspect attempted to pull a wig off of that victim's head in a similar manner to the first incident, according to police.

More than a month later, on Nov. 6, the suspect approached a 58-year-old woman who was loading equipment into her vehicle, which was parked near Laurel Canyon and Burbank Boulevard. The man grabbed the wig from the victim's head and said, "Oh, I'm sorry," in a sarcastic tone and threw the victim's wig on the ground before walking away, police said.

One of the incidents was also captured on surveillance video. The victim spoke with Eyewitness News, but did not show her face on camera and only wanted to be known as Chaya.

"All of the sudden I felt something behind me, like, against my back. I felt my wig coming off and I turned around and I saw a face and him pulling off my wig. I screamed," she said.

She said she continued screaming even after the suspect threw the wig back at her. He took off, leaving her feeling humiliated.

"In our religion, Jewish women cover their hair when they're married. It's like the equivalent modesty of being dressed," Chaya said.

Investigators said they believe the suspect targeted the three victims because of their religious beliefs. All three are members of the Orthodox Jewish community in the area who wear head coverings as a sign of modesty.

Because of these recent attacks, some residents said they no longer feel safe in the neighborhood.

"We don't want to walk alone because there's somebody who obviously has something on his agenda. So right now it's the wigs, which is humiliating and degrading and embarrassing, but I don't know at what point that might turn into something worse," Chaya said.

While the suspect was taken into custody Wednesday night, authorities believe there may have been more victims.