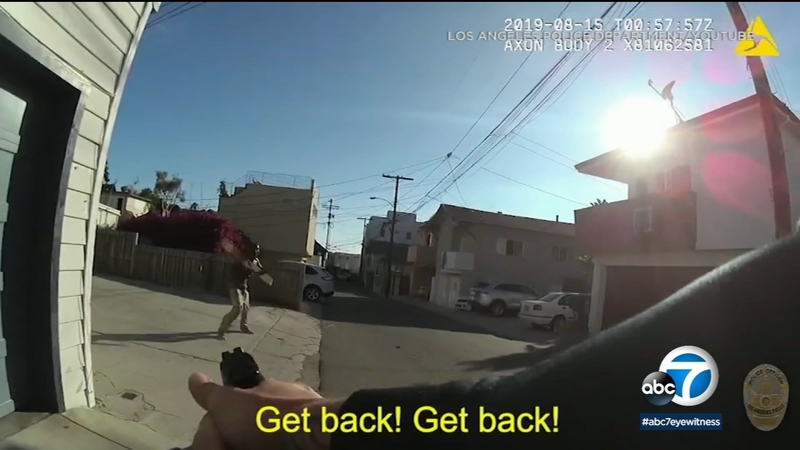 VENICE, LOS ANGELES (KABC) -- Body camera footage released Monday by the Los Angeles Police Department shows the officer-involved shooting of a man in Venice who authorities say was armed with a slungshot weapon and a wooden plank.

Officers shot 37-year-old John Penny in the leg and forearm on Aug. 14, near Thornton Court and Pacific Avenue, the LAPD said.

The incident began as a police response to reports of a screaming man.

According to investigators, the shooting occurred after Penny picked up the wooden plank and moved toward the officers, ignoring their repeated commands to put it down.

Penny, who was on probation for battery at the time of the incident, subsequently surrendered and was taken into custody.