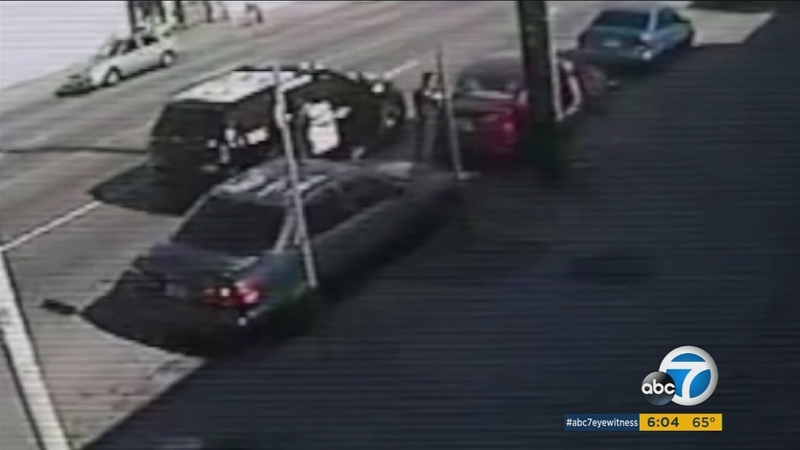 The fatal encounter lasted no more than 20 seconds as two Newton Division police officers pulled up, got out of an SUV and drew their weapons near East 22nd and South San Pedro streets.

Guzman walked towards the officers and when she reached a power pole, with a parked car between her and the officers, the video shows the officer closest to her open fire with his partner following suit.

"He doesn't come out with a taser, he doesn't consider pepper spray, he was going to kill her, and that's shameful," Arnoldo Casillas, the attorney representing Guzman's family stated.

Guzman's mother asked for justice as the video obtained from a nearby business was released. Casillas urged Los Angeles County District Attorney Jackie Lacey to prosecute the officers.

"Please look at this video. There is no way that anybody can justify this shooting," Casillas said.

The LAPD declined to comment on the video due to a pending internal investigation, but in an earlier press release, the department identified the officers as Samuel Briggs and Antonio McNeely.

The press release also stated Guzman was armed with an eight inch serrated knife and refused to follow orders to drop it.

Guzman's family said she was mentally ill, had been hospitalized twice and that the officers were familiar with her.